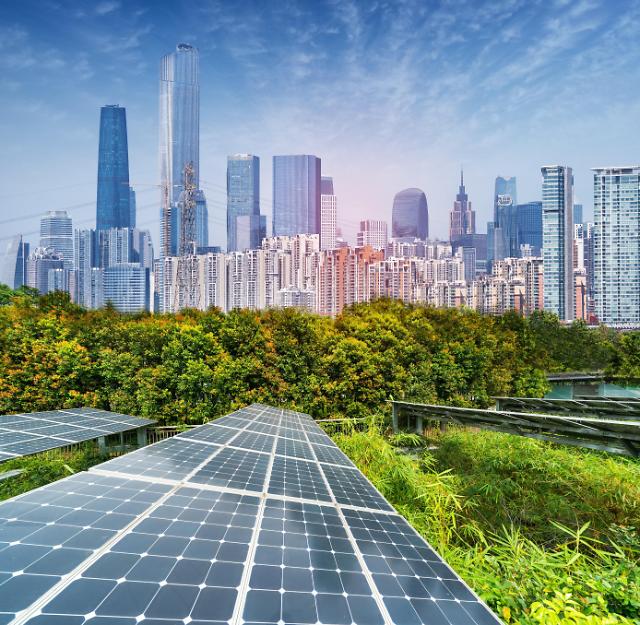 SEOUL -- In an effort to reduce carbon emissions and help utilize idle spaces, Ulsan has built a 1.5 megawatt-class virtual solar power plant on the rooftops of 18 buildings. The virtual power plant can power some 1,500 households. Unused electricity will be sold to state power companies and profits will be shared among local citizens.

A virtual power plant (VPP) system was designed to integrate various medium-scale power generating units such as solar and wind power and manage them in a single power plant using information and communication technologies (ICT). A VPP can reduce the load on existing electricity grids during peak load times. It can also power a nearby area.

Ulsan was selected by the Ministry of Trade, Industry and Energy to invest three billion won ($2.6) to build a virtual solar power plant through collaboration with companies and organizations including state power company Korea East-West Power. The alliance formed in April 2020 has cooperated to build the rooftop VPP facility.

Ulsan said in a statement on September 10 that the VPP will be managed by power companies and profits will be distributed back to local citizens. "This power-generating project encourages the participation of the local community. It has a great meaning as citizens and special organizations cooperate for the expansion of energy distribution and the creation of a local power generation market," an unnamed Ulsan official was quoted as saying.