Coldplay to release collaboration single 'My Universe' with BTS 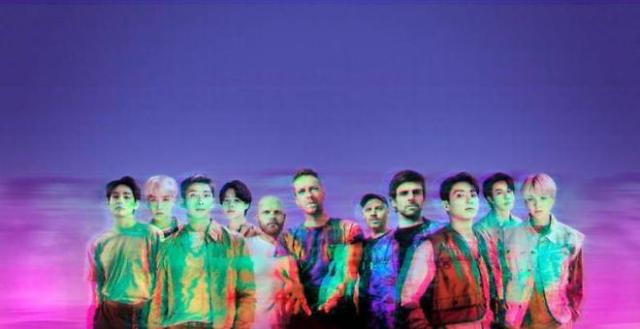 SEOUL -- British rock band Coldplay has collaborated with K-pop wonder BTS for the first time to release a new single. The five-member rock band had collaborated with Ambiguous Dance Company, a South Korean contemporary dance performance group, in May 2021 but this is the first time for Coldplay to work with the world's most influential K-pop band.

Warner Music Korea said in a statement that the British band has collaborated with BTS to release its collaboration single titled "My Universe," on September 24. The song, produced by Swedish record producer Max Martin, was written and composed by BTS and Coldplay members. The song will be sung in both Korean and English. The song will also be included in Coldplay's ninth album, "Music of the Spheres," which will be dropped on October 15.

Rumors about the surprise collaboration have spread online since Coldplay released the tracklist for Music of the Spears including My Universe in July 2021. BTS appeared on a special episode of the YouTube Originals series titled "Released" with Coldplay's lead singer Chris Martin on September 10, raising fans' expectations for their collaboration. Music of the Spears is an album that showcases a universe-themed worldview.

BTS has collaborated with various global pop stars such as Nicki Minaj and Halsey. Nicki Minaj featured in BTS' song "IDOL" in 2018 which ranked at No.11 on Billboard Hot 100. Halsey featured in the band's music video, "Boy With Luv" and performed the song with BTS members at the 2019 Billboard Music Awards.