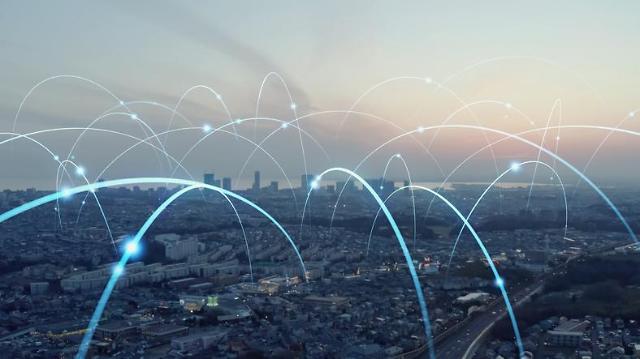 SEOUL -- To prepare for massive waves of data that will flood the internet, researchers from a state research institute have developed technology that will efficiently tag and process data. The technology will help hosts including servers to process and check the integrity of large-sized data packets in real-time.

The current internet system sends receives data between hosts. As data files become larger, it is hard for the current system to process and check data to see if it maintains its original integrity. Currently, cloud or physical data centers gather up data collected from internet of things (IoT) sensors and other data packets for analysis.

Online security has become an important issue than ever with data including large-sized video content files, virtual reality (VR), augmented reality (AR) and artificial intelligence data can be compromised by hackers or broken during their transfer. The tracking and processing of such data on the internet are important to ensure the safety of users and platforms.

The Electronics and Telecommunications Research Institute (ETRI) said in a statement on September 23 that its research team has developed a "data-centered" networking-based technology that not only connects hosts together but also provides increased security and efficient data search features.

ETRI's new internet technology applies a signature to individual data so that hosts can recognize and transfer data safely and securely transfer. The institute said the new technology is the convergence of networking and computing technologies. The new technology can monitor defect data packets in real-time to prevent hacking and machine malfunctions.

The new system was applied to KOREN, a test backbone internet network that connects 10 cities in South Korea, for demonstration. Researchers found the system was able to maintain a data transfer speed of up to 300 gigabytes per second, which is the world's top-tier level. ETRI also tested the system by linking it to an autonomous shuttle in the southern port city of Busan and found that the new technology is capable of increasing the efficiency of vehicle-to-everything (V2X) and autonomous driving capabilities.

"We have established a foundation to leap forward into the new era of the internet by acquiring and demonstrating core future digital infrastructure technologies," ETRI's network research lab head Kim Sun-mi was quoted as saying.