S. Korea to install CCTV cameras in all subway trains to prevent crimes 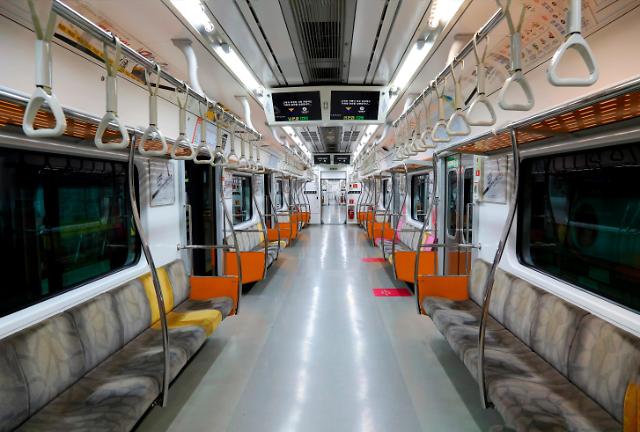 SEOUL -- Closed-circuit television cameras will be installed in all urban subway trains by 2022 to prevent crimes. South Korea's transport ministry made the decision after finding that there are not enough cameras installed to monitor train cars. About 2 billion passengers use subway trains in Seoul every year and most routes only have less than 10 percent of cars have cameras.

The Ministry of Land, Infrastructure and Transport said in a statement on 22 that closed-circuit television (CCTV) cameras will be installed inside all subway train cars by 2022. Six local governments, including Seoul, Incheon, Busan, Daegu, Gwangju and Daejeon, will also help the transport ministry to secure budgets so the CCTV cameras can be installed as soon as possible.

"It is necessary to establish a subway train crime prevention system to relieve citizens' anxiety. Installing CCTV cameras in every train would be the first step," the transport ministry's railway security policy manager Kim Bok-hwan, was quoted as saying.

In 2003, a 56-year-old man ignited a container filled with gasoline inside a subway train in Daegu some 240 kilometers (149 miles) southeast of Seoul. The fire killed 198 people and injured about 150. Train workers were not able to quickly counteract the deadly fire because they could not find out what was going on. Since South Korea's deadliest train fire accident, the demand for increased security inside train cabins has been high.
© Aju Business Daily & www.ajunews.com Copyright: All materials on this site may not be reproduced, distributed, transmitted, displayed, published or broadcast without the authorization from the Aju News Corporation.