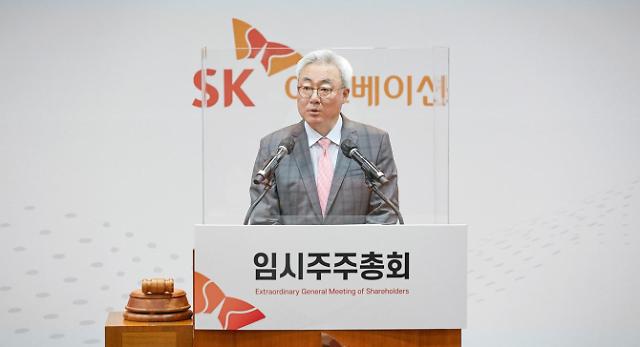 
SEOUL -- SK Innovation, a battery-making wing of South Korea's third-largest conglomerate SK Group, will raise its investment in a battery joint venture with U.S. carmaker Ford to 5.1 trillion won ($4.45 billion) from an earlier projection of three trillion won, in an effort to cope with different market conditions.

SK Innovation (SKI) said in a brief statement on September 28 that its board has approved the additional injection of capital into BlueOval SK, a joint venture between SKI and Ford, as its production demand has more than doubled compared to original expectations. The investment will be made sequentially.

In May, SKI and Ford agreed to share six trillion won in their total investment in the joint venture to produce about 60 gigawatts hours (GWh) annually in traction battery cells and array modules with the potential to expand. Ford’s initial plan called for at least 240 GWh of battery cell capacity by 2030, including 140 GWh in North America and the remainder in other key regions such as Europe and China.

The total investment would be $8.9 billion, including money from Ford, to raise the production capacity of the joint venture plant to 129GWh.

SKI aims to expand its battery production capacity at plants in South Korea, China, Hungary and the United States from 40GWh per year to 500GWh by 2030, requiring some 18 trillion won in investment over the next five years. The company would raise funds through the initial public offering of an independent battery entity to be spun off in October. SKI's U.S. plants are located in Georgia. Commercial production at the first plant is to begin in early 2022.