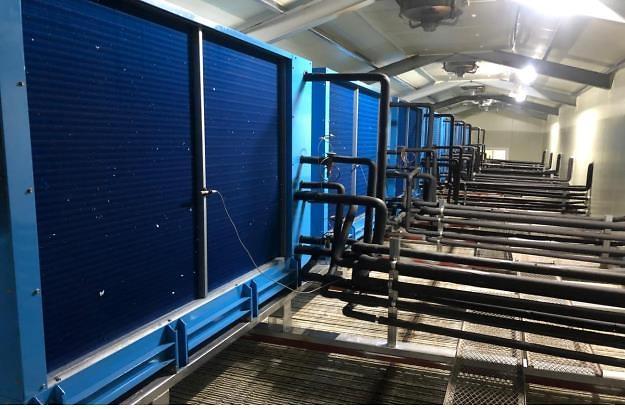 Through the refrigeration cycle, a heat pump transfers thermal energy from a cooler space to a warmer space. Heat pumps use heat to remove moisture through a condensing process at low temperatures. Dry seaweed processing companies in South Korea have used electric heaters that lose a lot of heat during the drying process.

Laver, an edible breed of seaweed, is a common menu in South Korea. The seaweed is dried and seasoned with salt and sesame oil to be consumed with rice or just dried to be used as the wrapping material for Gimbap, a Korean dish of rice and other ingredients such as vegetables and meat wrapped in sheets of laver.

The Ministry of Oceans and Fisheries has supported the installation of heat pumps since 2020 to help seaweed processing companies recycle heat energy. The ministry has invested a total project cost of 4.5 billion won ($3.81 million) to operate 57 heat pumps across the country.

The maritime ministry said in a statement on September 28 that companies with heat pumps saved an average of 57 million won ($48,200) on average in 2021, down 51 percent from a year ago. Electricity consumption also decreased from an average of 2,349 megawatt-hours to 1,151 megawatt-hours. This had an average reduction effect of 550 tons of carbon dioxide equivalent.

Production capacity was also improved by more than 20 percent and the operation of processing facilities became more convenient due to heat pumps, the maritime ministry said.