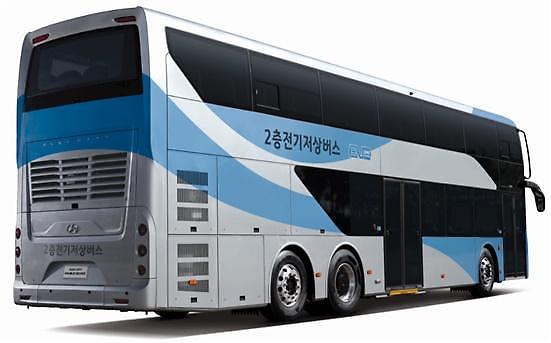 SEOUL -- Six double-decker buses will carry commuters from Gimpo, a western satellite city of Seoul, to Gangnam, a southern business district, and back. The double-decker bus can carry more passengers on a single trip because it has 70 passenger seats while normal buses have 44 seats.

Data released by the Ministry of Land, Infrastructure and Transport in 2019 showed that about 1.3 million people commute from Gimpo and the western port city of Incheon to Seoul using public transportation including subway trains and buses. About 43 percent of the passengers use buses, which take about 90 minutes to travel to Seoul from Incheon.

To reduce the dependency on fossil fuels, Seoul has accelerated the adoption of hydrogen and electric buses as part of its eco-friendly project that aims to operate some 1,000 hydrogen buses and build 11 hydrogen fueling stations by 2025. In January 2021, Seoul also adopted 27 electric buses to replace diesel buses. The electric buses are currently used for the "Seoul Green Circulation Bus" line for a tour of famous tourist spots such as Namsan (Mount Nam), Myeongdong, Insa-dong and Kyungbok Palace in central Seoul.

Six electric double-decker buses started their operation on the M6427 bus route from Gimpo to Gangnam on October 15, the transport ministry said in a statement. The buses were developed through a 6 billion won ($5.07 million) state project involving Hyundai Motor and the transport ministry's Metropolitan Transport Commission. Various driving safety devices such as a lane departure warning (LDW) system are installed on the buses. The LDW system can prevent accidents by warning a driver when a vehicle moves out of its lane. A total of 40 electric double-decker buses will be deployed to Seoul's satellite cities by the end of 2021.

"The operation of double-decker buses from Gimpo to Seoul will provide convenience to Gimpo citizens by reducing air pollution and traffic congestion during commuting hours," Lee Kwang-min, head of the Metropolitan Transport Commission, was quoted as saying.