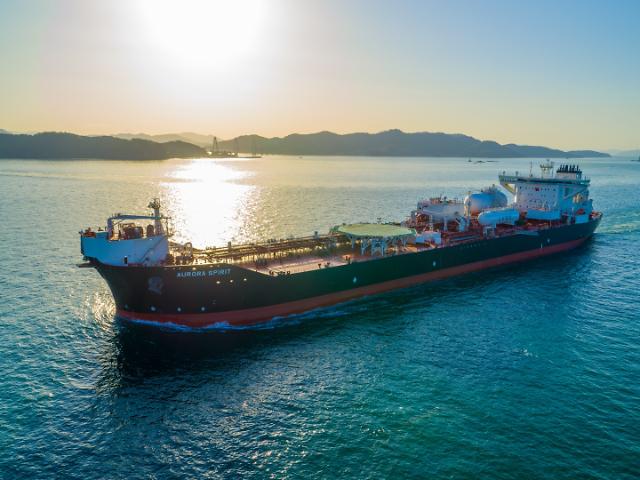 SEOUL -- Samsung Heavy Industries, a major shipbuilder in South Korea, has signed a contract worth 2.04 trillion won ($1.7 billion) to supply block materials, equipment and design to an unspecified client in the Eurasian region. Details were not disclosed, but the shipbuilder has tried to win orders from Novatek, a major natural gas producer in Russia, to design icebreaking tankers.

Samsung Heavy Industries (SHI) said in a regulatory filing on October 18 that the contract period is valid until the end of January 2027. The new deal brought SHI's total orders to $10.3 billion for 71 vessels that exceeded this year's target of $9.1 billion.

Russia aims to export liquefied natural gas (LNG) as much as Qatar. Novatek has launched its Arctic LNG 2 project that requires a number of ice-breaking tankers. SHI has teamed up with the Zvezda shipyard in the Russian Far East to take part in designing icebreakers. In November 2020, the shipbuilder won a $2.5 billion order to supply block materials to a Eurasian client.