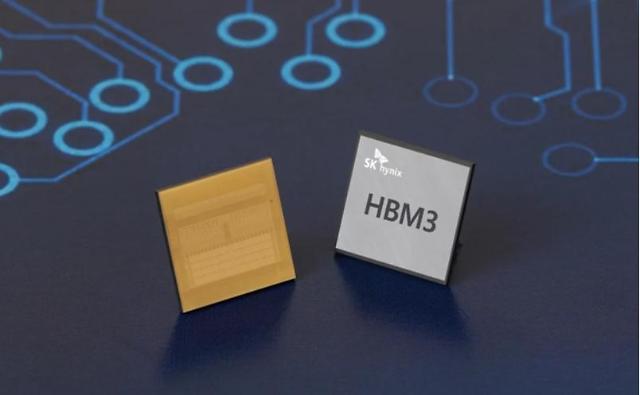 Computing systems are mainly based on the von Neumann architecture, which uses separate processor and memory units to carry out intricate data processing tasks that require data to constantly move back and forth, resulting in a system-slowing bottleneck especially when handling ever-increasing volumes of data. High bandwidth memory (HBM) is a high-speed memory interface used in conjunction with high-performance graphics accelerators and network devices.

SK hynix said that HBM3, the fourth generation of the HBM technology with a combination of multiple dynamic random-access memory (DRAM) chips vertically connected, is a high-value product that innovatively raises the data processing rate. The company said HBM3 is the fastest DRAM in the world and comes with the biggest capacity and significantly improved level of quality.

HBM3 will be provided in two capacity types of 24GB and 16GB. "SK hynix has succeeded in developing the industry’s first HBM3 after leading the HBM2E market," Cha Seon-yong, executive vice president in charge of DRAM development, said in a statement on October 20

HBM3 can process up to 819 gigabytes (GB) per second, meaning that 163 full-high definition movies can be transmitted in a single second, representing a 78 percent increase in the data-processing speed compared with its previous version, HBM2E. The latest product corrects data errors with the help of the built-in on-die error-correction code, significantly improving reliability. of the product.