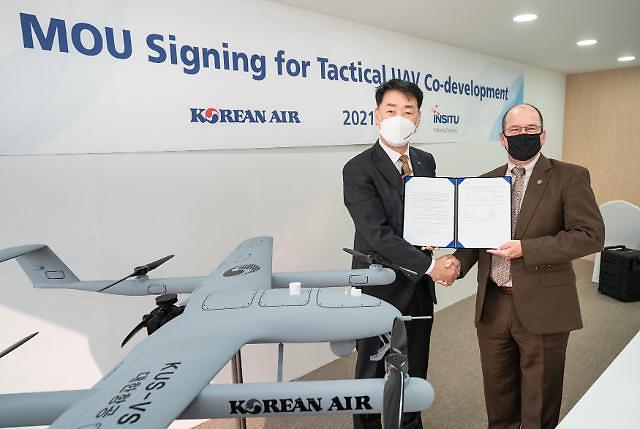 Under a memorandum of understanding on October 21, Korean Air (KAL) said it would combine its expertise in UAV development and production with Insitu's UAV technologies including high-performance mission equipment, system optimization and manned-unmanned teaming (MUM-T) operations that combine the strengths of each platform to increase situational awareness, allowing troops to conduct operations that include combat support and intelligence, surveillance, and reconnaissance missions.

The South Korean company said it would use its knowledge and proficiency in air traffic management and the transportation service industry to expedite advancements in the future of urban air mobility (UAM), which is a future ecosystem involving flying passenger vehicles in city areas. Korean Air is a member of a public-private consultative body called "Urban Air Mobility Team Korea" which aims to commercialize drone taxis in 2025.