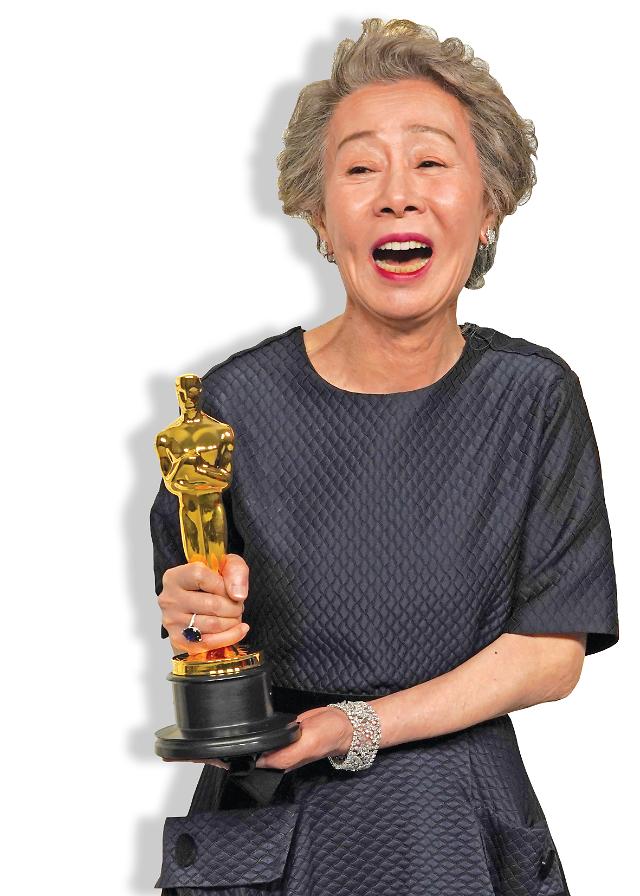 
SEOUL -- Youn Yuh-jung, a 74-year-old actress who won the Academy Award for her role in the 2020 American film Minari, was honored with Gumgwan (Gold Crown), the highest grade of national medals in the fields of popular culture and art. She is the first person to receive Gumgwhan in 12 years.

Among 29 people selected as recipients of medals and citations, Youn is the only person to receive the Gumgwan Order of Cultural Merit in an online awards ceremony on October 28, according to the Ministry of Culture, Sports and Tourism. The Order of Cultural Merit has been awarded for "outstanding meritorious services in the fields of culture and art in the interest of promoting the national culture and national development."

Youn has starred in many South Korean television series and films since her acting debut in a television drama in 1967. She shot to stardom in 1971 with two memorable portrayals of femme fatale. Youn retired after she married in 1974 and immigrated to the United States. She returned to South Korea in 1984 and made a comeback in 1987 after she divorced.

While playing supporting roles in film and television, Youn starred in two leading roles in 2015 -- Salut d'Amour about the romance between an elderly supermarket employee and a flower shop owner, and Canola about a Jeju Island female diver who reunites with her long-lost granddaughter.

She made her Hollywood debut in a supporting role as the grandma of a Korean-American family in rural Arkansas, in Minari and became the first Korean actress to win an Academy Award for best-supporting actress. In September 2021, she was selected as one of the 100 most "Influential People in the World" by the American weekly magazine TIME.