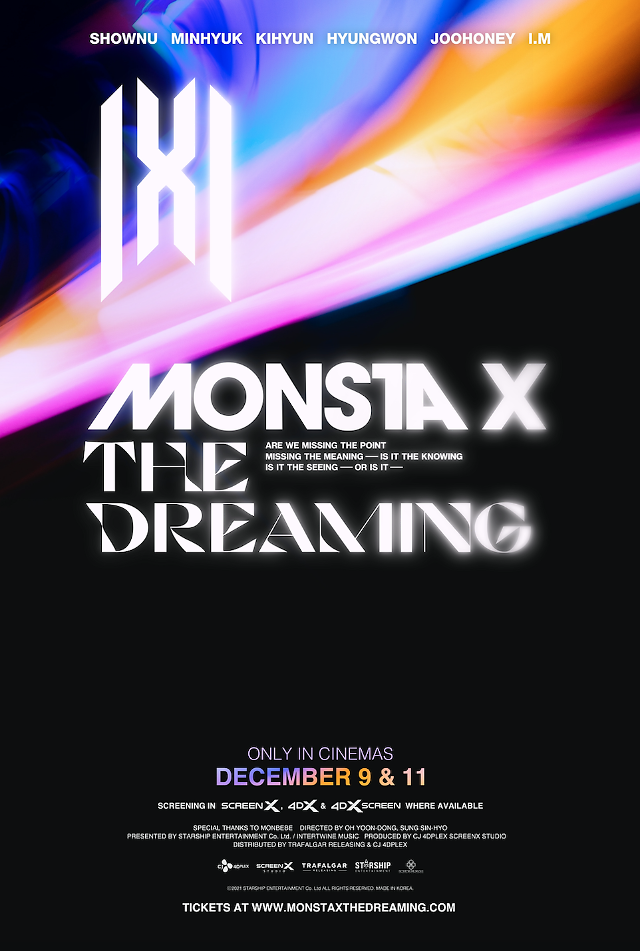 SEOUL -- A documentary film that contains the six-year history of K-pop band MONSTA X will be released in more than 70 countries. The video footage of the six-member band's experiences in the United States and exclusive interviews with the members will be included.

MONSTA X's media agency Gramophone Media said in a statement on October 29 the film will be released as a gift to the band's fans known as "MONBEBE," starting with the first release in South Korea on December 8. According to the agency, the film will showcase performances of the group's chart-topping hits including the recently released single "One Day." The film will also feature the performance of a track in "The Dreaming," MONSTA X's full album scheduled to be released on December 10.

"MONSTA X: THE DREAMING" will utilize "ScreenX," an advanced screen system that consists of three screens that have the front screen and two side walls of a theater. The audience can also enjoy the film through the world's first commercial multi-sensory function called "4DX" that provides more than 20 motion effects and "4DX Screen," a combination of ScreenX and 4DX.

MONSTA X, which debuted in 2015, is one of the most popular K-pop bands in global scenes. The band's first full English album "ALL ABOUT LUV," released in February 2020, ranked fifth on Billboard 200, a weekly song chart that ranks the top 200 most popular songs. The group also won "Stage of the Year" at the 2020 Asia Artist Awards, an awards ceremony organized in South Korea.