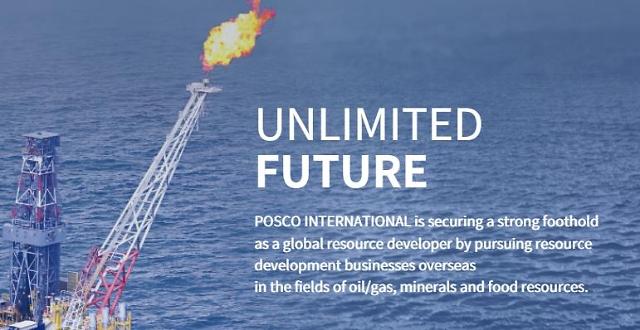 
SEOUL -- POSCO International, a trading arm of South Korea's steel group, has signed a product distribution contract with Petronas, a Malaysian state oil and gas company, after working out detained conditions on the exploration of gas in waters off the east coast of the Malaysian Peninsula.

Under a distribution contract, the contractor collects some of the crude oil and gas produced when the exploration is successful first for the purpose of recovering investment costs. POSCO International was guaranteed a four-year exploration period, mining rights, and a 24-year development and production period.

In August, POSCO International won the right to explore and operate the PM524 block where Petronas already operates gas fields. POSCO International has picked promising mining areas by checking seismic waves and drilling data. The company will hold an 80 percent stake, while the remainder will be controlled by Petronas' subsidiary, Petronas Carigali Sdn Bhd.

POSCO International aims to start exploring gas from 2025. If successful, gas will be supplied for domestic use in Malaysia through pipelines. The two companies would jointly develop eco-friendly energy technologies and expand their partnership to achieve carbon neutrality. "To achieve POSCO Group's carbon neutrality, we will expand our partnership with Petronas and promote CCS using gas fields and the production of blue and green hydrogen," said POSCO International CEO Ju Si-bo.

POSCO International has been involved in gas projects in Myanmar, an important natural gas producer in Asia, and delivers natural gas to China through a Myanmar-China gas pipeline. The company has disclosed plans to expand its natural gas business to other Southeast Asian countries and Australia.