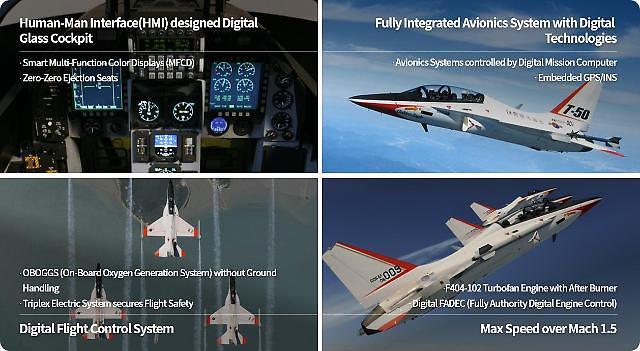 With technology from U.S. partner Lockheed Martin, Korea Aerospace Industries (KAI) produced South Korea's first supersonic trainer, T-50, which has been developed into aerobatic and combat variants such as FA-50. KAI has exported or secured orders to export T-50 trainers and light combat aircraft to countries such as Indonesia, the Philippines, Thailand, Malaysia and Iraq.

T-50IQ is an Iraqi air force version of T-50's light attack variant. Iraq has purchased 24 T-50IQ2s primarily as a lead-in fighter trainer for F-16 fighters. In a regulatory filing on November 8, KAI said it has signed a three-year contract to provide maintenance, logistics support, and a management program while supporting education and training for pilots and technicians.