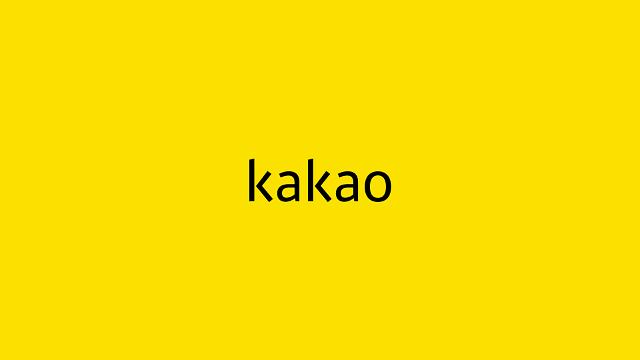 "This is an important starting point for AI to think and talk like humans," Kakao Brain CEO Kim Il-doo said after his company released KoGPT through GitHub, a distributed version-control platform where users can collaborate on or adopt open source code projects. Kakao Brain will develop Japanese, Vietnamese, and Malaysian language models, Kim said, vowing to increase KoGPT's technology and performance and open related technologies.

KoGPT performs tasks such as the summary of long sentences, the prediction of conclusions, and understanding context to answer questions. Because writing is automatically possible depending on the context, high-level language tasks can be solved and used in various fields. "We will create a digital human that is friendly and useful to all Kakao users by combining artificial characters with a virtual human figure," Kim said.

In a state-sponsored project to catch up with the United States and China in an international AI hegemony war, South Korea formed a grand consortium involving more than 200 companies, colleges and research bodies in July 2021 to develop an artificial brain. Naver, a top web portal operator in South Korea, has unveiled its hyperscale Korean-language AI platform, Hyper Clova, capable of analyzing massive datasets that can be used to develop new AI models.