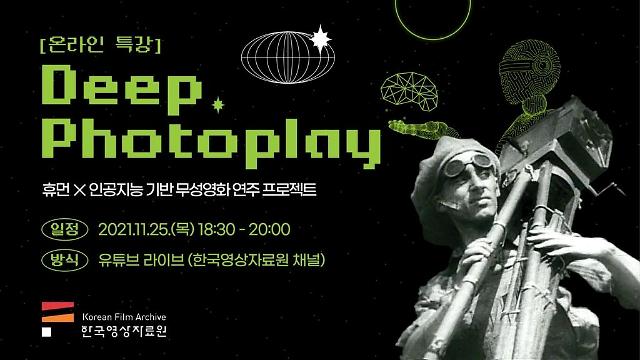 [Courtesy of the Korea Film Archive]

SEOUL -- Artificial intelligence composers will collaborate with humans to create soundtracks of silent films for the first time in South Korea. When the artificial intelligence composer creates melodies based on the situation of a scene in the movie, music experts will select and work on the most suitable soundtrack that matches the scene of the movie.

According to the Korea Film Archive, the collaboration process between human and artificial intelligence (AI) composers will be demonstrated through a YouTube channel on November 25. The first demonstration project will be used as the soundtrack of a silent experimental film titled "Man with a Movie Camera." The 1929 film directed by Soviet film director Dziga Vertov portrays a utopia where humans and machines coexist. Music professors specializing in art and technology will compose soundtracks based on AI composers' melodies.

The adoption of AI composers has been accelerated in South Korea's various entertainment sectors. In October 2020, singer-songwriter Hayeon, also known as a younger sister of Girls' Generation's Taeyeon, released her debut single titled "Eyes On You" through collaboration with EvoM, South Korea's first AI composer developed by Gwangju Institute of Science and Technology.