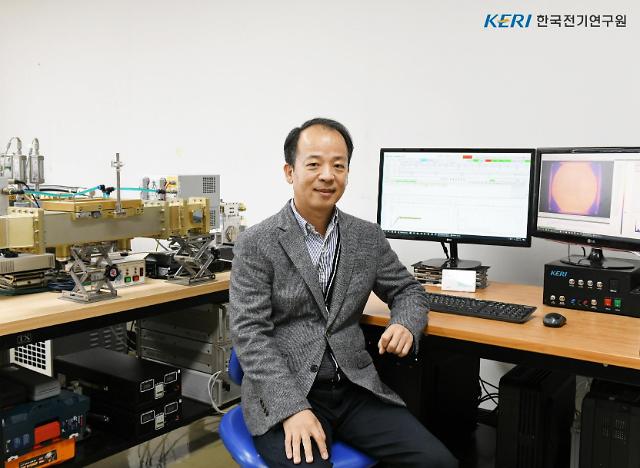 
SEOUL -- South Korea's government-funded research body will push for the commercialization of its patented technology for next-generation microwave ovens that can heat desired places or objects to as much temperature as necessary. The new heating technology can be used for efficient heating in various production processes such as semiconductors, automobiles, carbon fibers, and diamonds.

The Korea Electrotechnology Research Institute (KERI) said its research team led by Jung Sun-shin would transfer its technology to a private company. "It is the world's first achievement in controlling heating positions by significantly changing wavelengths with slight frequency control," Jung said in a statement on December 6. "It is a breakthrough technology that increases user convenience and reduces energy consumed to heat unnecessary objects."

Microwave heating has been widely used, but a key obstacle to the use of microwave heating is the lack of desired control over the location of antinodes and nodes of microwave fields, resulting in undesirable overheating or non-uniform heating. The current method that heats substances by moving them constantly within a limited range does not reflect the temperature distribution that varies from time to time.

Jung's team realized selective microwave heating at the desired part in a narrow frequency band, subsequently leading to uniform heating by changing the heating position properly. KERI said the new technology significantly changes the wavelength of microwaves with a slight frequency control so that users can heat only as much as they need.

The basic principle is to control heating positions by adjusting the spatial distribution of microwaves by increasing and reducing their wavelength at will. Target heating allows users to heat various foods to different temperatures.