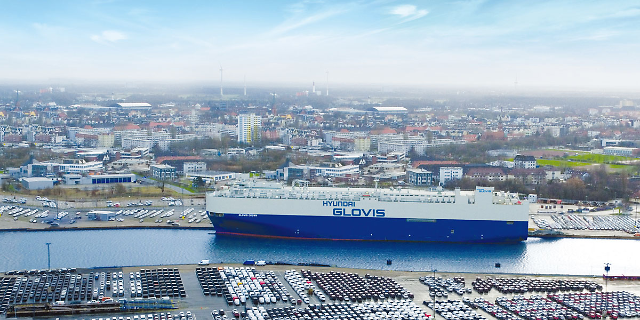 Hyundai Glovis said it would build a dedicated infrastructure such as three berths and a 100,000 square meter yard capable of accommodating about 5,000 vehicles in the port of Bremerhaven, which is the heart of automobile maritime logistics in Europe, through a joint venture with BLG Logistics Group. Financial terms were not given.

Hyundai Glovis has worked hard to attract cargo aboard ships returning to the Far East. In 2019, it secured an additional yard for finished cars in Philadelphia. A year later, the company secured a long-term contract to ship finished cars produced by German auto giant Volkswagen from Europe to China.

In March 2021, Hyundai Glovis agreed to launch a transportation brand with its Chinese partner, Changjiu Group, to jointly transport finished cars by rail from Germany to Chengdu in China. They will expand their transportation areas from inland cities in China through Poland to Western Europe