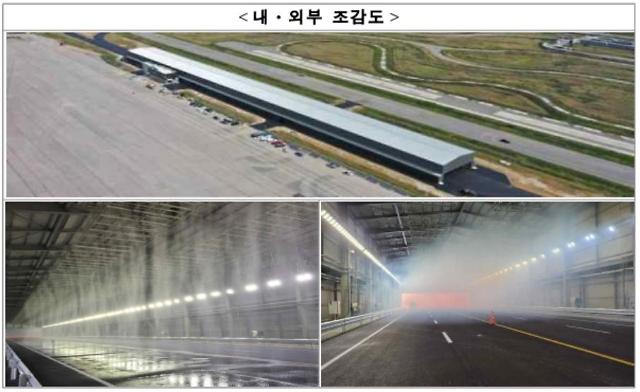 SEOUL -- South Korea has upgraded testing grounds to create an environment that can simulate harsh driving conditions for high-level self-driving cars. The testbed can simulate heavy rainfall and perilous situations such as communication blackouts that would make autonomous vehicles unable to use connected abilities.

The Ministry of Land, Infrastructure and Transport has collaborated with the Korea Transportation Safety Authority (KOTSA) to upgrade facilities of K-City, an autonomous vehicle testbed in Hwaseong some 40 kilometers (24.8 miles) southwest of Seoul, to provide various environments that can simulate low-visibility weather conditions such as heavy rain and thick fog, The new testbed will be usable in the first half of 2022.

K-City is a 320,000 square meter-wide autonomous testbed with a track and other facilities that will provide a city-like area to generate situations such as the disruption of GPS signals, vehicle-to-everything communication failure, and crowded roads. Pedestrians and traffic will simulate a busy city road using robots. Self-driving cars will be evaluated based on their ability to avoid traffic and counteract unexpected situations.

"We hope K-City plays an important role in the early commercialization of fully autonomous vehicle technologies," Kim Jeong-hee, director of the transport ministry's vehicle policy bureau, said in a statement on December 20.