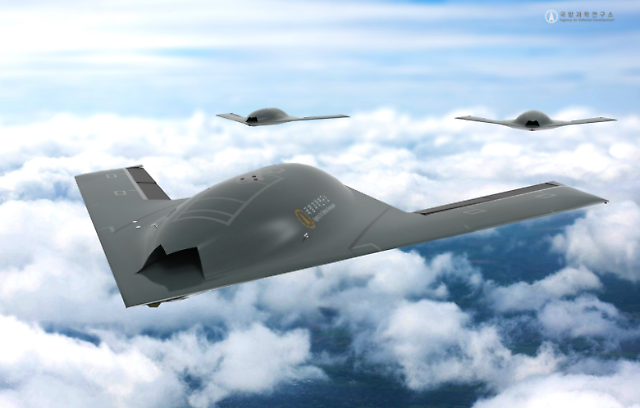 South Korea is currently developing Kaori-X, a strike fighter-sized low-observable tailless drone that can be deployed independently or as a robot wingman to assist fighter planes. Unlike ordinary military unmanned aerial vehicles (UAVs) in the shapes of miniaturized airplanes, tailless drones do not have tail wings -- a vertical stabilizer (fin) and horizontal stabilizers -- to minimize radar cross-section (RCS), the area exposed to radar waves, and give the airplane stealth abilities.

Korean Air said in a statement on December 22 that the carrier signed a cooperation agreement with the Korea Research Institute for Defense Technology Planning and Advancement (KRIT) to jointly develop structural technologies for stealth drones by 2025. Korean Air and KRIT will also form a consortium with six institutes and universities including the Korea Electronics Technology Institute (KETI) and Inha University to develop UAV surface materials designed to absorb radio waves and control surface current.

"For the last 10 years, we have worked very hard in various sectors such as the designing and manufacturing of UAVs, flight testing, and upgrading stealth capabilities," Korean Air said. The flag carrier will seek to gain competitiveness in the global unmanned combat aerial vehicle (UCAV) market based on its experience in the research and development of UAVs.