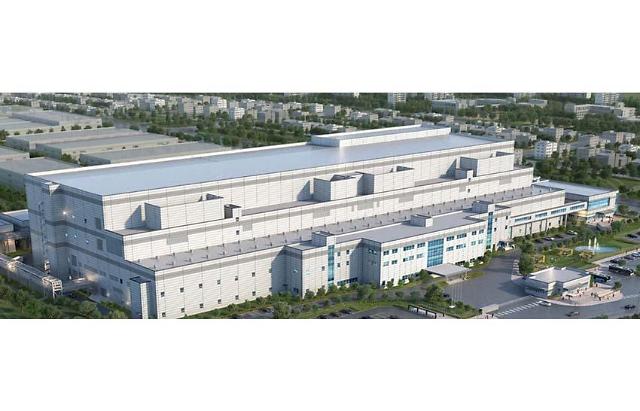 
SEOUL -- With presidential blessing, LG Chem, a chemical unit of South Korea's LG Group, broke ground for the country's largest cathode material plant capable of producing some 60,000 tons a year which are enough to produce half a million electric vehicles. The plant will be completed in September 2024 with an injection of 475 billion won ($397 million) to produce a new type of efficient battery with a longer life than conventional ones.

The plant in Gumi some 202 kilometers (126 miles) southeast of Seoul will be dedicated to the production of NCMA cathode materials. South Korean companies are trying to produce new batteries, such as NCM that contains nickel, cobalt and manganese. The proportion of nickel is high so that battery producers can save costs and extend the driving range. An upgraded model called NCMA increases stability by adding aluminum.

At a ground-breaking ceremony in Gumi on January 11, President Moon Jae-jin said LG Chem's plant would help South Korea reduce its dependence on foreign materials. "In order to gain a clear advantage in the competition for a battery supply chain, we need to increase the independence of core materials and parts."

LG Chem aims to boost its cathode material production capacity from 80,000 tons to 260,000 tons in 2026 while trying to develop cobalt-free technology and single crystal cathode materials for all-solid-state batteries which are seen as a next-generation power source for electric vehicles as solid electrolytes are nonflammable and more stable.

Solid-state batteries can have a higher energy density than lithium-ion batteries and enable faster charging, higher voltage and longer cycle life. Compared to flammable liquid electrolytes, solid-state batteries have a lower risk of catching fire. LG Energy Solution (LGES), a battery-making subsidiary of LG Chem, has developed an all-solid-state battery that can be charged at high speed even at room temperature, through a joint study with the University of California San Diego.

"We will try to establish ourselves as the best factory that can respond to the rapidly growing demand for global electric vehicle battery materials with world-class technologies and facilities," LG Chem CEO Shin Hak-cheol said in a statement.

South Korean companies have stepped up efforts to produce new batteries. In December 2021, POSCO Chemical agreed with General Motors to set up a joint venture for the production of high-nickel cathode active materials from 2024 that would be supplied to a battery joint venture between GM and LGES. POSCO Group chairman Choi Jeong-woo has presented the goal of becoming a top player in the global battery material market by completing a value chain.