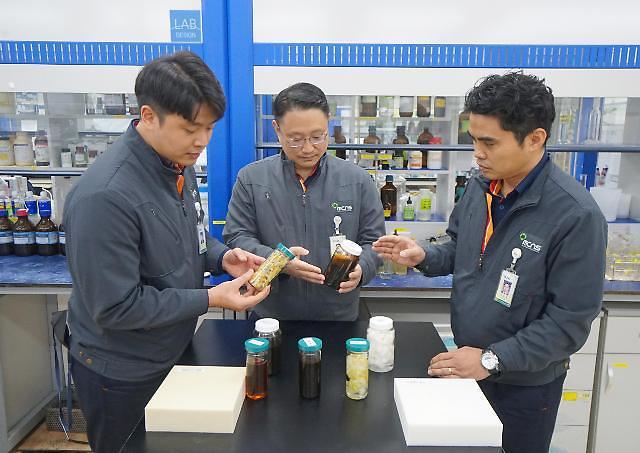 SEOUL -- MCNS, a polyurethane joint venture between South Korean and Japanese chemical companies, will work with a South Korean furniture company to commercialize an eco-friendly technology that turns waste polyurethane to polyols, which is a kind of liquid-phase synthesis that makes use of multivalent alcohols at high temperatures up to its boiling level.

MCNS, founded by SKC and Mitsui Chemical by spinning off their respective polyurethane businesses, will commercialize its re-polyol technology by recovering waste polyurethane from furniture manufacturing and returning it to raw materials.

Polyurethane is a plastic material made by mixing polyol and isocyanates. It is the material of choice for a broad range of end-user applications such as automobiles, consumer electronic appliances, furniture, interior decoration and insulation. However, it is difficult to recycle waste polyurethane due to its large volume compared to its weight and poor economic feasibility.

Through three years of research, MCNS has developed its re-polyol technology. Unlike similar technologies developed in Europe, the company said its technology showed easy handling and have excellent physical properties. The technology has obtained South Korea's NET certification, which is a system to promote utilization by guaranteeing the excellence of innovative new technologies.

MCNS said it would also focus on bio polyurethane raw materials using various vegetable ingredients. "We will strengthen our leadership in eco-friendly businesses with SKC," an unnamed MCNS official said on January 12. SKC, a leading polyester film and chemical material manufacturer in South Korea, has carried out various eco-friendly projects.