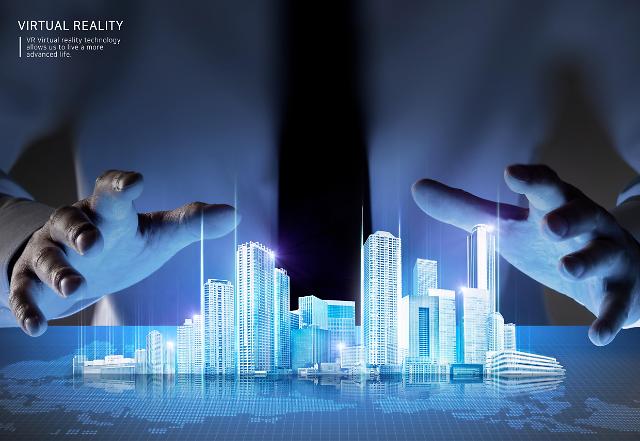 SEOUL -- "Metaverse is a digital new continent with infinite potential and a space of opportunity," declared Science and ICT Minister Lim Hye-sook in the government's policy coordination session where policymakers presented a new national strategy to catapult South Korea into a major player in the global metaverse market.

For its initial investment, the government promised to spend some 556 billion won ($465 million) in 2022 on nurturing metaverse as a key industry. "Through this strategy, we will work closely with related ministries so that South Korea can become a leading global metaverse country," said Lim.

Various South Korean companies have actively adopted metaverse platforms to bridge the gap between online and offline spaces since South Korea launched an alliance in May 2021 that involved private companies, research organizations and state bodies to cultivate a metaverse ecosystem. The alliance supports the production, testing and demonstration of services in the fields of manufacturing, healthcare, construction, education, distribution and defense.

Metaverse platforms used in South Korea are mainly based on super-fast 5G networks and optical internet cable networks. "There are growing interest and active investment in public and private sectors. If fiscal investment and efforts are combined, I believe that we will be able to achieve the world's fifth-largest place in five years," Park Yoon-kyu, in charge of information and communication policy at the Ministry of Science and ICT, said in a press briefing.

"Young people will be allowed to find meaning as creators on metaverse and actively engage in economic activities," Park said, citing Zepetto, an avatar platform run by South Korea's online giant Naver, as a reference case. Through Zepetto, more than 1.5 million people already have significant economic returns, setting a precedent that profit creation is possible in metaverse platforms.

"While providing convenience to employees, it is possible to reduce costs for the company," Park said, adding the creation of jobs in metaverse platforms would bring many changes to economic activities. 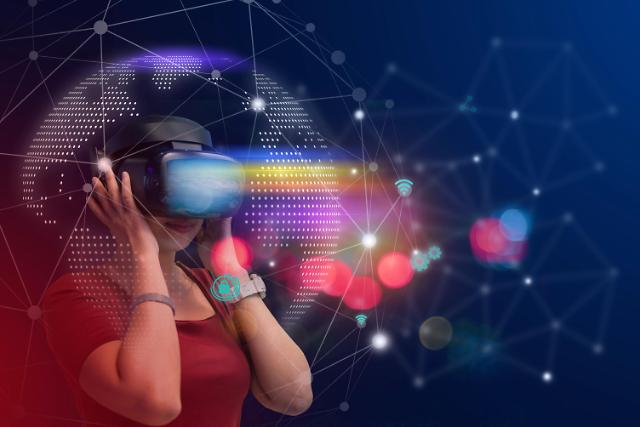 Government officials regard the stable distribution of profits between platform companies and creators as a key factor in revitalizing a creator ecosystem. "The issue of profit allocation between platform companies and creators has not become an issue, but the government will continue to look into it so that the problem of profit allocation can be resolved smoothly," Park said.

The government proposed the reorganization of system maintenance as metaverse coins and non-fungible funds (NFTs) will be an essential basis for forming a profit structure. NFT is a unit of data stored on a digital ledger and can be bought and sold digitally. "We will form a pan-government consultative body to discuss how to deal with NFTs in the metaverse world," Park said. "While maintaining the government's basic policy stance on coins, we will study issues in which transactions such as NFTs take place in the metaverse world for each case."

Park's comment was interpreted as a possible change in the government's stance on digital currency, a decentralized digital asset that is exchangeable between users through peer-to-peer transactions. Regulators have been reluctant to officially recognize digital money or virtual currencies as a general means of exchange, saying the risk of changes in value does not constitute a contractual right to receive cash or other financial assets from the other party.

Cryptocurrency exchanges and lenders often gain benefits from interest or fees by providing loans or lending coins to traders. As the chance to earn more increases, so does the risk to lose more because trading sometimes has extreme fluctuations and exchanges are frequent targets for hacking. South Korea's virtual currency market is still in its infancy due to a crackdown by regulators who have called for strong steps to prevent irrational and excessive speculative investments.

In order to prevent consumer damage or the distribution of harmful information, metaverse platform operators will be required to make and implement spontaneous guidelines, Park said. "If it is deemed insufficient, the state will present ethical principles."

In a forum in Seoul on the same day, experts raised technical and legal challenges that need to be solved, saying that metaverse services still do not provide the value for users to stay in the real world. They want a binding system that can prevent problems that may arise in a new type of platform.

In previous failure cases, users had no incentive or motivation to enter the virtual reality world mainly due to a lack of technological development and immersion, Choi Kyung-jin, a Gachon University professor, said. "Now, technological advances enable the implementation of an immersive metaverse experience, so platforms can have strong competitiveness only when economic, social, and cultural factors are combined with virtual reality."

Cha In-hyok, CEO of CJ Olive Networks, an IT service management wing of South Korea's conglomerate CJ Group, emphasized the need to establish a stable cloud-based environment for the implementation of realistic metaverse platforms, along with high-speed networks. "Cloud is that global big tech companies such as Microsoft have a tremendously advantageous environment over us. In order to give users a proper metaverse experience, the cloud environment must be nearby, but South Korea is too weak in that regard."

The boundaries between domestic and foreign countries may disappear as the metaverse service becomes a platform in the future, Cha said, predicting that it will be difficult to solve all legal problems between platform providers and users only with domestic law. "We need a guide to coordinate legal problems between metaverse service providers and users," he said, calling for an open platform development policy to establish a safe and non-discrimination environment and prevent monopoly.

"It is necessary to create a new system for new technologies such as metaverse, not to apply current regulations," Park Min-chul from South Korea's largest law firm Kim & Chang said, pointing out copyright issues and conflicts with existing industries.