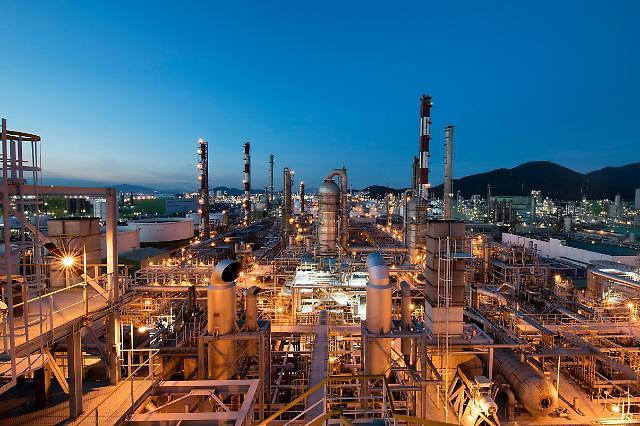 SEOUL -- Lotte Chemical, a major chemical company based in South Korea, will build a new plant to produce high-purity organic solvents, such as ethylene carbonate and dimethyl carbonate, which are used for lithium-ion battery electrolytes, as part of its  602 billion won ($502 million) investment to strengthen its eco-friendly and specialty material business.

The building of safe and high-energy-density lithium batteries is dependent on the electrochemical performance of electrolytes. South Korea heavily relies on high-purity electrolytes produced by foreign companies.

With the aim of commercial production in the second half of 2023, Lotte Chemical would build facilities to capture and liquidate 200,000 tons of carbon dioxide that would be injected into raw materials for high-purity ethylene carbonate and dimethyl carbonate, or sold as raw materials for dry ice and semiconductor cleaning liquid.

The annual production capacity of high purity ethylene oxide, a versatile intermediate used to produce many derivative products such as ethylene oxide adduct (EOA), will be expanded to 250,000 tons. In December 2021, Lotte Chemical earmarked 250 billion won to expand the production of EOA, a raw material for water-reducing agents used in concrete. As a result, the company's total EOA production at factories in South Korea and China will increase from 330,000 tons to 480,000 tons per year.