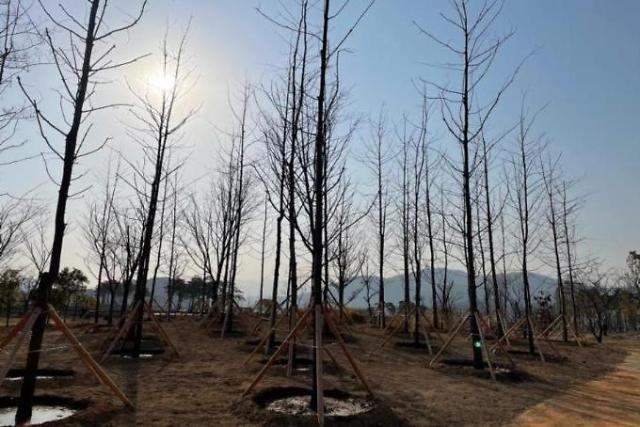 Busan has been operating the tree bank project since 2021. The project can reduce particulate matter, microscopic dust particles that generate various diseases by penetrating into a lung. The tree bank project can also lower the general temperatures of the city by dispersing heat islands across its urban areas. Heat islands are thermal spots where hot air created by city facilities including air conditioners and cooling agents are concentrated. Tree banks can also work as urban carbon storage that absorbs carbon dioxide from the atmosphere.

Busan said in a statement on February 8 that the city saved about 400 million won ($333,700) by reusing 24 tree species including pin oak to create green spaces in 2021. More than 3,800 trees were reused through the green project. Through a screening process, the city will receive additional trees donated by individuals.

"Tree banks provide a good opportunity for both Busan citizens and the trees to be able to live amongst each other by not wasting tree resources because it takes a very long time for a tree to grow," Busan official Lee Keun-hee was quoted as saying.