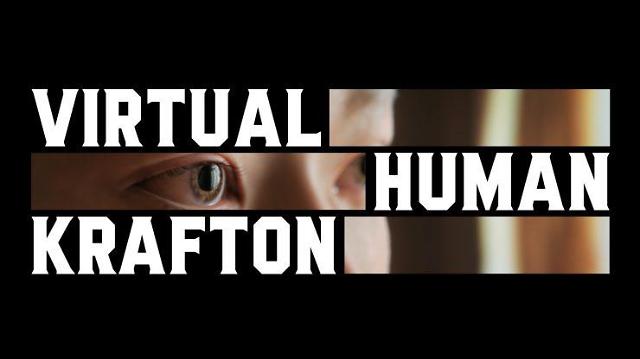 SEOUL -- South Korea's game developer Krafton made a foray into the virtual modeling industry by unveiling a demo video of a motion-capture-based virtual human using hyperrealism technology. The virtual human with extremely human-like physical features such as soft hair on the skin and natural facial expressions will be used in various sectors including esports and music entertainment.

Targeting millennials and Gen Z who value unique lifestyles and pursue changes, virtual humans have been used to promote various products and brands of popular companies in South Korea. Reah Keem, a virtual influencer created by LG Electronics, promoted LG's laptop and autonomous robot at the CES trade fair in January 2021. The virtual human with more than 152,000 followers also signed an agreement with entertainment company Mystic Story in January 2022 to debut as a musician. South Korea's first virtual social media influencer Rozy was selected by convenience store franchise GS25 to promote the company's products and campaigns in December 2021.

In the YouTube video released by Krafton on February 8, the virtual human moves her pupils just like real humans and dances as if she is an influencer. The game developer said the virtual human will be later used as a game character and virtual singer. Using artificial intelligence (AI) and voice synthesis technology, the company also plans to enable the character to communicate with humans.

Krafton is the developer of "PlayerUnknown's Battlegrounds" (PUBG), one of the world's most popular online games. The game developed by Krafton's subsidiary PUBG Studios had more than 50 million daily active users in the third quarter of 2020.  The mobile version of PUBG is also one of the most-played games on smartphones and tablet PCs.

In February 2022, Krafton signed a cooperation agreement with an online art auction platform operator and digital content platform company to expand its business portfolio into the non-fungible token (NFT) market. An NFT is a unit of data stored on a blockchain network of interlinked virtual ledgers and each NFT is certified by a blockchain as a unique digital asset. Due to its unexchangeable feature, NFT can be used in the game content industry where proof of ownership is crucial.