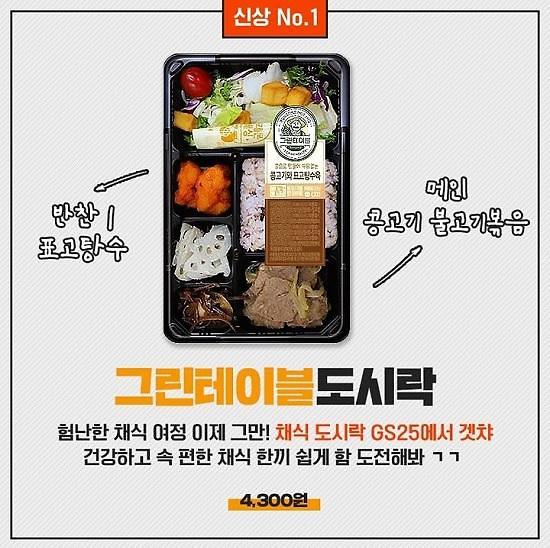 During the last few years, the number of vegans has steadily increased in South Korea thanks to increased awareness of health and well-being. While many vegans have chosen their lifestyle because of ethic reasons but some young consumers chose to mainly focus on eating healthy as now there is a wide range of restaurant meals, ready-to-eat packaged food and alternative meat around.

GS25 operated by GS Retail said in a statement on February 10 that the company signed a cooperation agreement with Taekyung Nongsan to jointly develop and promote new vegan products. The major food material maker has its own vegan food brand "Veggie Garden" and GS25 will increase the number of its vegan food menus to more than 30 by the end of 2022.

"We will focus on strengthening our vegan product lineup and increase our market competitiveness to follow the rising market trend of vegan food," GS Retail platform business director Oh Jin-seok was quoted as saying.