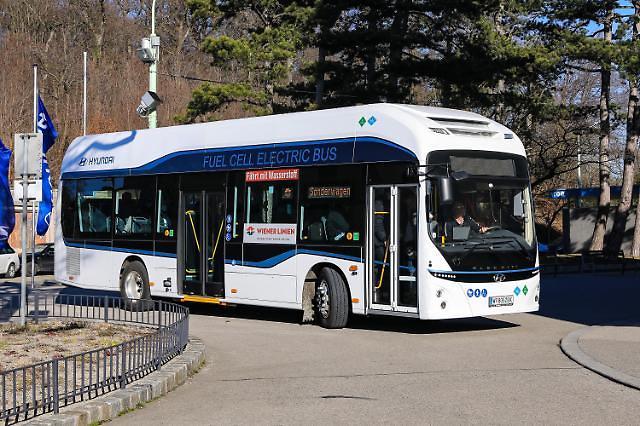 
SEOUL -- Fuel cell electric buses developed by South Korea's Hyundai auto group have been deployed to a downtown route in Vienna for commercial operation. This is the first time that Hyundai's hydrogen-electric city buses have been exported to foreign countries.

Hydrogen fuel cell vehicles use fuel cells that produce heat, electricity and water through a thermochemical reaction between hydrogen and oxygen. When driven at a constant speed, Hyundai's fuel cell electric bus can travel up to 550 kilometers (341 miles) with a single recharge. Hyundai said its fuel cell electric bus was suitable for road requirements in Vienna, which has high vehicle density and short traffic lights, due to long mileage and short charging time.

South Korea has accelerated the adoption of hydrogen-electric city buses since the first one was put into test operation in October 2018 in the southeastern port city of Ulsan as part of a government campaign to improve public perception about the safety and efficiency of the clean-energy vehicle.