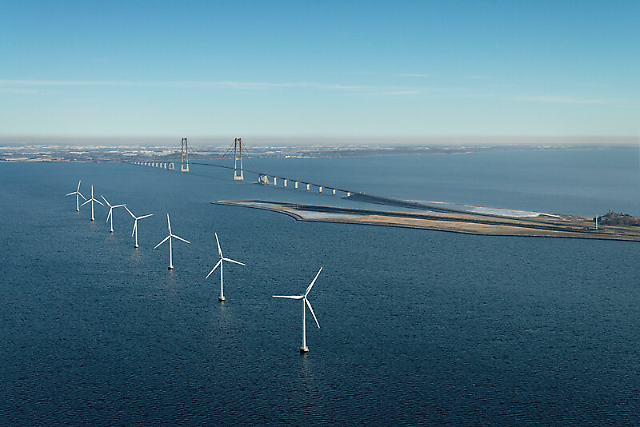 The Ulsan city government said that the agreement would help lay the groundwork for establishing a base for exports of offshore wind power generation equipment and materials. "Today's win-win agreement is a stepping stone for entering the global market beyond South Korea," an unnamed city official said in a statement.

Ulsan is at the forefront of South Korea's new energy roadmap to expand the capacity of renewable energy up to 60 gigawatts by 2034. Some 9GW is to come from a major floating offshore wind power complex to be built off the coast of Ulsan by domestic and foreign companies including Equinor, a Norwegian state-owned multinational energy company. Ulsan also aims to build an 84,000-ton green hydrogen production base annually by decomposing seawater with electricity generated by floating offshore wind farms.

Based on a public consensus that South Korea should reduce the use of fossil fuel and switch to renewable energy sources, the government of President Moon Jae-in has endorsed a number of projects to build clean energy facilities, including solar power plants and wind farms, onshore and offshore.

However, floating offshore wind farms emerged as a political issue after Yoon Suk-yeol, a leading opposition presidential candidate from the conservative People Power Party, questioned their usefulness, citing the alleged lack of broad consent from fishermen and citizens. "Why are you generating new and renewable energy wind power off the coast of Ulsan that fishermen and citizens oppose?," Yoon said during his campaign trail on February 19.

Yoon's comment was seen as an indication that he may review offshore wind projects if elected in South Korea's presidential election, sparking an immediate counterargument from Lee Jae-myung, the flag-bearer of Moon's ruling Democratic Party. Yoon's party has opposed Moon's "nuclear-exit" policy, insisting renewable energy should be fostered as an auxiliary means for nuclear power plants.

Song, a ruling party politician, called for an end to an unhelpful political argument over South Korea's wind power policy, warning it would cause "anxiety" among domestic and foreign investors. "I oppose bringing Ulsan's floating offshore wind power generation project into a political dispute, and politicians should immediately stop inciting division and conflict with false facts."

"It only encourages anxiety among domestic and foreign investors who want to invest huge amounts of capital," Song said, adding that floating offshore wind turbines located in the distant sea would cause fewer environmental problems than fixed wind turbines on land or coast.

South Korea has unveiled an energy road map to achieve net-zero carbon dioxide emissions by 2050 in response to a global agenda for fighting climate change. However, economic groups led by the Federation of Korean Industries (FKI), an influential lobby group of family-run conglomerates known as chaebol, acknowledged the need for specific action plans but opposed any radical steps that could undermine the competitiveness of South Korean industries.