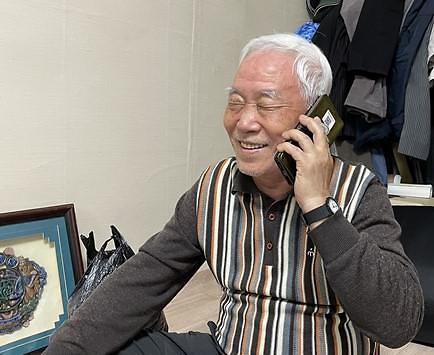 SEOUL -- An artificial intelligence-based care call service will be demonstrated in a southern Seoul district to look after vulnerable single elderlies. The voice robot will regularly call old people to monitor their health and notify their human caregivers in case of an emergency.

The number of single-person households has been rapidly increasing in South Korea with a population of about 52 million. Data released by the national statistics office in 2021 showed that 1.6 million are single households aged 65 or older. The proportion of old people who live alone is gradually increasing from 16 percent in 2000 to 19.6 percent in 2020. 43 percent of people who died of a lonely death in 2019 were elderlies.

Seocho District Office will demonstrate an AI care call service for elderlies starting in March 2022. "The care robot capable of engaging in a verbal conversation will call senior residents once a week," Seocho official told Aju Business Daily on March 14. The official said that the robot will ask questions such as "Do you go for a stroll often?" If the elderly says he or she usually stays at home because of the cold weather, the robot will encourage him to exercise when the weather gets warmer. In case of an emergency, the robot will notify a local community center. Seocho will provide the AI call service to 50 single households aged 65 or older living alone in March.

As of March 2020, Seoul has deployed some 75,000 internet of things (IoT) sensors at the homes of single elderlies to detect temperature, humidity and movements in real-time. According to the national statistics office, the elderly population aged 65 or older is expected to increase from 16.5 percent in 2021 to 20.3 percent in 2023.