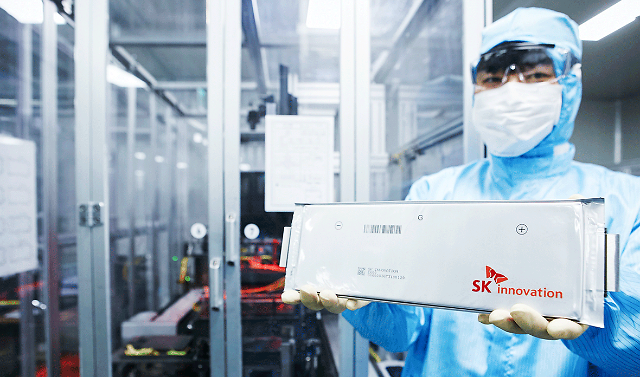 [Courtesy of SK On]

SEOUL -- SK On, the battery-making unit of South Korea's third-largest conglomerate SK Group, and its American partner, Ford, will build a joint-venture battery plant near Ankara in cooperation with Koc Holding, a top conglomerate in Turkey. The production of nigh nickel batteries mostly for commercial vehicles will begin as early as 2025.

Battery makers have tried to produce efficient batteries, such as NCM that contains nickel, cobalt and manganese. The proportion of nickel is high so that battery producers can save costs and extend the driving range. Nickel is cheaper than cobalt, which is an expensive rare-earth element widely used in lithium-ion batteries and is vulnerable to sudden price fluctuations.

The tripartite joint venture in Turkey underlines a strategy by SK On and Ford to expand their cooperation beyond North America to Europe. The two companies have established a battery joint venture called "BlueOval SK" to produce about 60 gigawatts hours (GWh) annually in traction battery cells and array modules with the potential to expand.

"It is our great pleasure that SK On cooperates with Ford through BlueOval SK, the battery joint venture, as well as that we found the new partnership in Europe," SK On CEO Jee Dong-seob said in a statement on Marcy 14. "We will achieve successful joint ventures with great partners in Europe as well as in the U.S."

SK Innovation (SKI), the mother company of SK On, has developed NCM9 batteries that contain 90 percent nickel to power Ford's F-150 Lightning. The South Korean company aims to expand its battery production capacity at plants in South Korea, China, Hungary and the United States from 40GWh per year to 500GWh by 2030s.

Ford said the joint venture with Turkey would solidify its presence in Europe. "This proposed new battery joint venture is a prime example of how we are leveraging strategic partnerships to strengthen our business," said Ford's Europe business head Stuart Rowley.

The Turkish company has manufactured commercial vehicles including business vans. "This strategic move is not only a testament to Turkey’s potential, but also brings our country a significant global competitive edge in battery production," Koc CEO Levent Cakıroglu was quoted as saying.