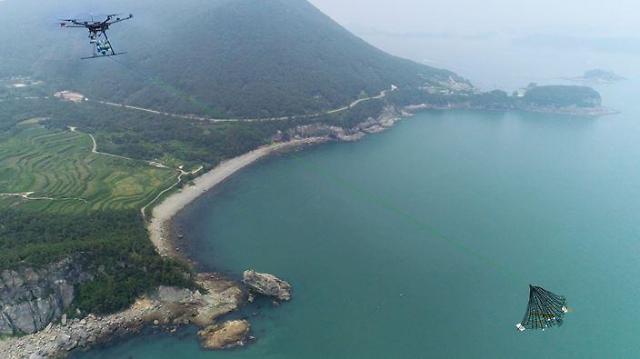 Blood clams, also known as blood cockles, contain hemoglobin in their soft tissues. However, despite their gruesome look, the blood-dripping clams are enjoyed across South Korea as a winter delicacy. The clams are eaten raw, steamed, fried, or as the main ingredient of a stew. Blood clams are mainly cultivated along the mudflats on the western and southern coast of the Korean peninsula. Blood clams produced in Goheung County are regarded as the top-quality seafood compared to clams produced on the west coast.

Flocks of mallards, a breed of protected migrating wild ducks, pose a serious threat to clam farms in Goheung. According to the county office, the ducks cause damage of about 100 million won ($82,500) per clam farm every year. When the birds visit the local islands scattered across the southern coast during winter, fishermen take turns carrying out sentry duty on boats to use drums and whistles to scare off the ducks.

Goheung said in a statement that the seaside county will invest a total of 427 million won through a government-led project to develop and demonstrate an anti-wild duck drone system by the end of 2022.

"Mallards cause serious damage to clam farms because the ducks' beaks are strong enough to crush the shell and eat the soft tissue inside," a Goheung County official told Aju Business Daily on March 17. She said that currently, clam farm operators could only chase off ducks with loud noises because they are protected animals but such a method is not very effective.

The drone system will consist of a control tower with AI machine learning capabilities. The control center will establish map information containing the moving routes of the migrating birds and launch drones to scare wild ducks away. Normally, all kinds of birds are frightened by drones that make loud buzzing noise while flying.