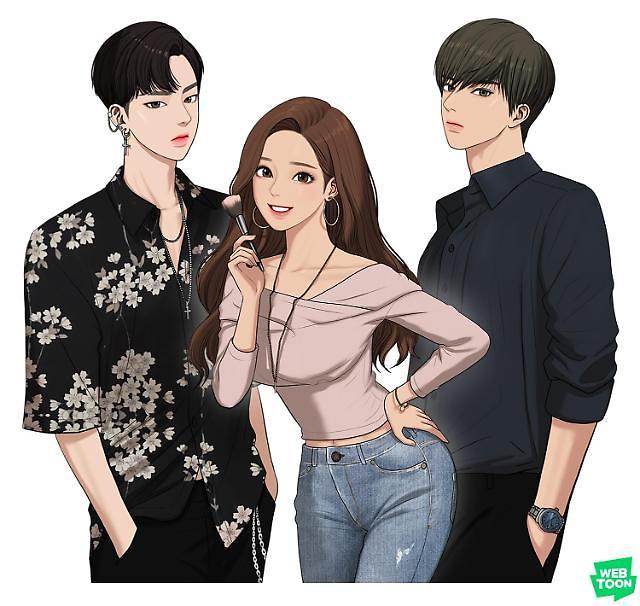 SEOUL -- The web cartoon wing of Naver, a top web portal service operator and IT company in South Korea, will establish its European business center in France to secure a firm foothold in the European market. The European head office will hire local illustrators and provide localized digital cartoon services.

Web cartoons, also known as webtoons or webcomics, are digital comic books created to fit into web or mobile platforms. South Korea is the birthplace of webtoons. Popular webtoons are recreated into various content including TV dramas and films such as Kingdom, a Netflix Original drama series that depicted zombie-infested kingdom. According to the state-run National IT Industry Promotion Agency (NIPA), the global online cartoon market is projected to reach $1.3 billion in 2022.

To secure competitiveness in the European market, Naver Webtoon will build its European head office in the first half of 2022. "A romantic comedy titled True Beauty is currently the most popular webtoon in Europe," Na said, adding that the webtoon was read by 620,000 people only in France.

"We are working with European editors to provide content that locals can resonate with," Na said. She said that a new webtoon created in France can depict a character riding a subway train on the Réseau Express Régional (RER), a famous metro system that connects Paris and surrounding cities.

Naver Webtoon will add 200 new series in French and 100 series in German in 2022. The new series will include various content created by local illustrators and the translated versions of famous webtoons. "By establishing a European corporation, we're going to continue expanding our presence and leadership position in Europe, growing the community of passionate WEBTOON creators and fans across the EU," Naver Webtoon CEO Kim Jun-koo was quoted as saying.

In January 2021, Naver took over Wattpad, a Canada-based website and app for writers to publish new user-generated stories, to strengthen and diversify its content service targeting the global market.