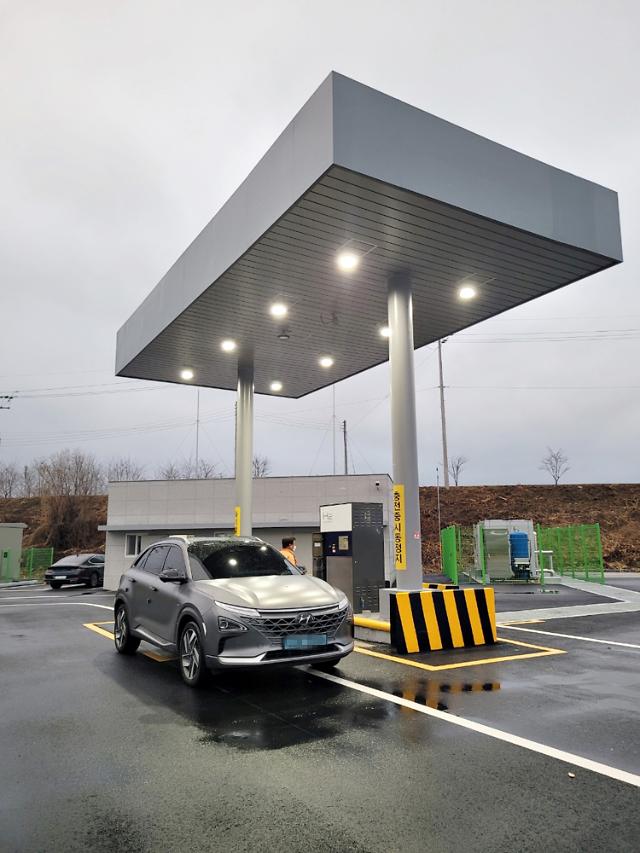 The operation of the hydrogen charging station in Chungju, some 90 kilometers (56 miles) south of Seoul, is to begin on March 23. Both biogas and city gas pipes were set up together so that operators can switch to city gas for incessant operation if biogas pipes are cut off.

In 2019, Chungju was selected for a government project to inject about 12.3 billion won ($10 million) into the demonstration of a hydrogen fusion charging station using food biogas.

Biogas is normally produced by anaerobic digestion with anaerobic organisms. A food treatment center in Chungju decomposes food waste with microorganisms in an anaerobic digestive tank to produce biogas containing methane and carbon dioxide. A steam methane reforming extractor can produce up to 600 kilograms of hydrogen per day.

Methane is one of the most common atmospheric gases that can be collected through the decomposing process of food waste, compost, and sewage sludge. It is a very effective source of renewable energy that can also be easily captured from landfills and bogs.

The facility in Chungju serves as South Korea's first mother station that charges cars and supplies hydrogen to nearby charging stations using tube trailers. Producing hydrogen with biogas that was previously burned and eliminated can contribute to stabilizing hydrogen prices due to the large effect of reducing greenhouse gases and low production costs.

The wide uptake of using biogas as a renewable energy source has been hindered because of high costs. For sustainable energy transition, the Seoul government has vowed to accelerate the popularization and adoption of biogas by lowering legal hurdles that have hampered the operation of biogas manufacturing.

The special demonstration zone in Chungju would include carbon capture utilization (CCU). Carbon dioxide collected through a gas separator can be used as fertilizer for cultivating crops in nearby greenhouses. There will be additional facilities to collect and liquefy carbon dioxide from a hydrogen extractor or make dry ice.