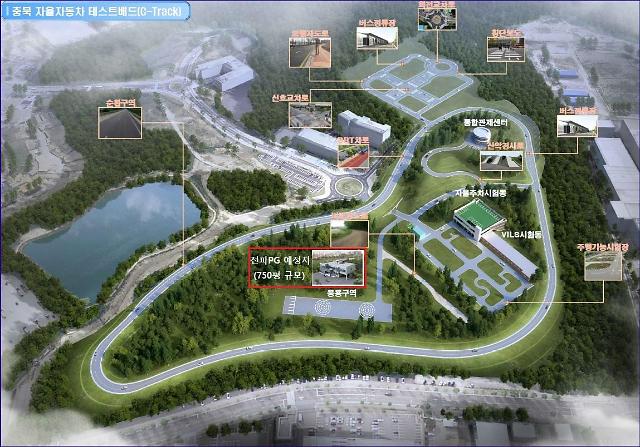 SEOUL -- As part of a national drive to accelerate the development of autonomous vehicles and connected drone technologies, South Korea will inject 5.7 billion worth of state money ($4.6 million) to build a massive electromagnetic interference shielding test facility. The testbed will provide a safe environment for researchers and firms to test connected devices and vehicles.

An electromagnetic interference (EMI) shielding facility is vital for the development phase of wireless communication technologies, especially those used in moving objects such as drones and cars. If connected cars are affected by EMI during a test, researchers could receive peculiar and distorted results because unwanted electromagnetic waves can damage or cause malfunctions on sensitive electric circuits and wireless equipment.

The government of North Chungcheong Province will build an EMI shielding facility called "Electromagnetic Playground" near Cheongju some 110 kilometers (68 miles) south of Seoul by 2024. The testbed will house various autonomous car testing grounds including a track, an area that simulates an urban residential area, a control tower, and an offroad track.

Yoo Yong-ho, an official from North Chungcheong Province's information communication technology bureau, said that the facility will be used by startups and medium-sized technology companies. Researchers from local technology institutes will be present to provide real-time technical help and consulting services.

South Korea's largest autonomous vehicle testbed K-City is located in Hwaseong southwest of Seoul. It is a 320,000 square meter-wide testing ground with a track and other facilities that will provide a city-like area to generate situations such as the disruption of GPS signals, vehicle-to-everything communication failure, and crowded roads.