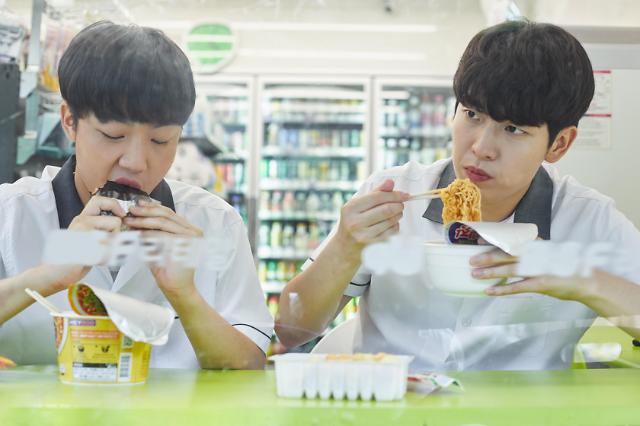 SEOUL -- South Koreans will have a chance to relish their youth memories of their popular riceball snack by being offered a chance to own a digital token representing Samgak Gimbap, rice and other ingredients wrapped in sheets of seaweed to create a triangular pyramid-shaped rice ball, through a marketing promotion to be carried out by a major convenience store franchise. More than 3,000 non-fungible tokens will be issued so that millennials and Generation Z can cherish the memory of hectic school days.

A non-fungible token (NFT) is a unit of data stored on a blockchain network of interlinked virtual ledgers. Each NFT is certified by a blockchain as a unique digital asset that is not interchangeable. This technology can be used in the content industry where proof of ownership is crucial. An NFT is commonly used to verify the authenticity of an individual and unique object or a product. Some digital tokens can be traded between people just like a physical certificate of ownership.

Samgak Gimbap, which costs about 1,000 won ($0.82), is mainly consumed by students who lack time to have dinner. Because teenagers spend an abnormally long time at cram schools due to South Korea's excessively competitive education environment, it is common for them to visit a nearby convenience store and grab a Samgak Gimbap and an instant noodle during their dinner break. More than 20 types including tuna mayonnaise and spicy beef are available at convenience stores across the country. Samgak Gimbap was originally made in Japan in the 1980s and was adopted in South Korea to become part of young people's everyday life in the early 1990s.

GS Retail, the operator of GS25, said in a statement on March 29 that a total of 3,333 NFTs for "Sam Gim," a characterized Samgak Gimbap, will be released on March 30. Customers who purchase large-sized large-sized triangular riceballs can receive NFTs if they collect enough membership points. "We will adopt many different digital marketing methods to improve digital communication targeting millennials and Gen Z," GS Retail marketing department head Lee Jung-pyo was quoted as saying.

Data released by the national statistical office showed that about 9.3 trillion won ($7.6 billion) were spent on private education in 2021 by South Korean elementary, middle and high school students. An average high school student spends a daily average of about 13 hours studying. High school classes start at 9:00 a.m. and cram schools close at 10:00 p.m. Lunches are provided at schools but students have to take care of their own dinner and snacks.