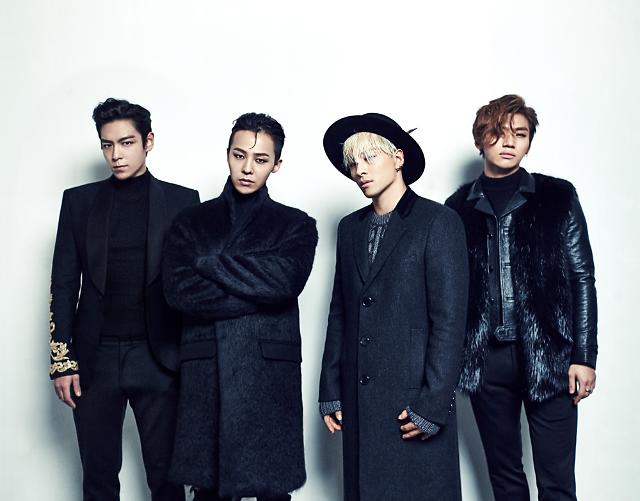 SEOUL -- Unlike previous albums showing strong hip-hop rhythms, BIGBANG members sing about the ups and downs of life in their comeback song titled "Still Life" as if they ruminate on the glory and shame they have experienced since their debut in 2006. Fans understand and interact with feelings, pushing the song up to the top of South Korean music charts.

"Still Life" topped Melon's top 100 charts, almost nine hours after the song was released at midnight on April 5. The song stood first or ranked high on other music charts. It was BIGBANG's first comeback in four years and the first song after Seungri retired from the entertainment industry in March 2019 over sex and other scandals that rocked South Korea's music community.

"Still Life" was a comfortable song based on warm band sounds. It tells the flow and change of the season but also the cycle of the world blooming and falling unavoidably.  G-Dragon, T.O.P, Daesung and Taeyang metaphorically expressed thought fragments of the past, worries, and hopes for the future.

The lyrics reflect on their life and show a more mature musical world. YG Entertainment said BIGBANG focused solely on the essence of music, trying to communicate more deeply with fans with sincere music.

BIGBANG, which originally debuted as a five-member band, had been inactive for about four years from 2017 when members subsequently joined mandatory military services. During its dormant period, the band has seen unsavory affairs. T.O.P was investigated by police for smoking marijuana. In July 2017, he was sentenced to 10 months in prison with a stay of execution for two years. He ended his exclusive contract with YG, although he still participates in group activities.

Seungri got caught up in a scandal over "Burning Sun", a dance and music club in southern Seoul, in early 2019. An investigation exposed drug trafficking and a sex video scandal that forced the departure of several celebrities. Yang Hyun-suk resigned as head of YG Entertainment.

Seungri joined a boot camp in March 2020 after prosecutors indicted him for gambling overseas and arranging sexual favors for foreign investors. He was jailed in August 2021 after a military court sentenced him to three years in prison on multiple charges.