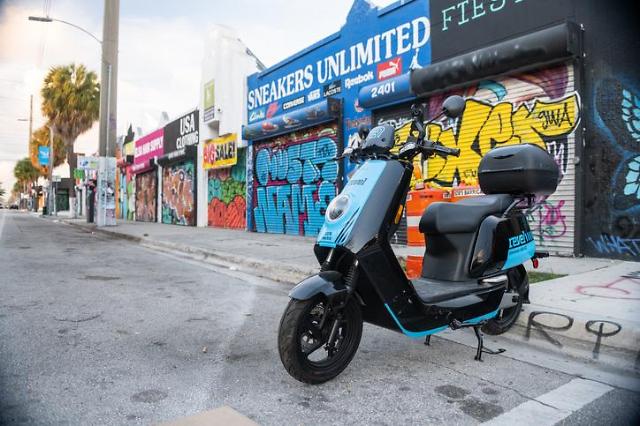 SEOUL -- A provincial government in South Korea will establish a testbed for interchangeable battery packs used in electric bikes as part of a scheme to go completely carbon-zero by 2050. Replaceable battery packs will be provided through sharing stations where bike riders can easily change cell packs in less than a few minutes.

More than 30,000 delivery workers using motorbikes roam through the streets of Seoul. South Korea has tried to popularize the interchangeable battery pack system and electric scooters for many years, but they were largely shunned by deliverymen because of their short travel distance of about 60 kilometers (37 miles) per charge while an average delivery worker travels about 120 km a day to cover a daily average of 40 delivery runs.

North Gyeongsang Province has acquired a state fund worth 26.8 billion won ($21.9 million) to set up an electric scooter battery-sharing station control tower in Gyeongju some 270km (167 miles) southeast of Seoul by 2026. Along with the main control system, battery packs will be standardized and charging stations will be tested and demonstrated.

Seoul and other cities test various types of interchangeable battery packs and charging stations. To create a uniform standard for a battery pack-sharing system, the provincial government will form an enlarged alliance including private companies, research institutes, and government organizations. If desired standards are set, the alliance will target the Southeast Asian market.