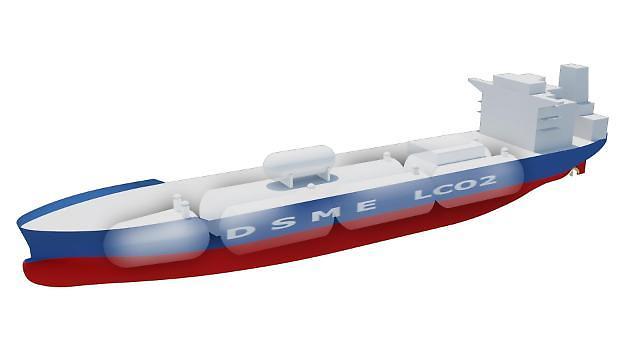 
SEOUL -- A super-large liquefied carbon dioxide carrier designed by Daewoo Shipbuilding & Marine Engineering has obtained basic approval from an American classification society for use in the food industry. The vessel is powered by liquefied natural gas and can install a device to capture and store carbon dioxide.

Daewoo Shipbuilding & Marine Engineering (DSME) said the vessel approved by the American Bureau of Shipping (ABS) can carry 70,000 cubic meters of liquefied carbon dioxide (LCO2). It is 260 meters long and 44m wide. It would be the largest among LCO2 carriers that have obtained certification so far.

DSME said it is developing new materials for an LCO2 storage tank. "Based on our unique technology accumulated in LNG carriers and LPG carriers, we will preoccupy the LCO2 carrier market with high growth potential," an unnamed DSME official said.