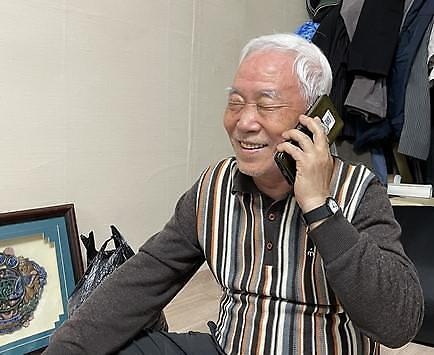 SEOUL -- Seoul will provide an artificial intelligence-based livelihood monitoring service for middle-aged and older people who live alone. The care robot service will help people to become emotionally stable by asking them how they are faring. The robot will also monitor people's health conditions and notify human caregivers in case of an emergency.

Smart AI livelihood monitoring service is designed to provide personal monitoring and care services for lonely residents. The care robot capable of engaging in verbal conversations regularly calls single households to check to see if they are eating and sleeping properly. It also encourages its human partners to exercise to quit unhealthy habits.

Seoul said in a statement on April 18 that a consortium of five organizations including web service company Naver will demonstrate the AI care service for some 300 middle-aged and older people living alone. The six-month demonstration will be carried out in six Seoul districts to help people manage themselves and monitor their health. The care robot will call its human partners twice a week and contact caregivers in cases of an emergency. The robot will be upgraded to provide personalized services by improving communication skills after a test run. A total of 100 million won ($80,971) will be injected.

"We plan to continuously provide upgraded AI-based livelihood management services based on monitoring results and surveys of people who took part in the demonstration," Seoul official Lee Hae-sun said in a statement. The capital city will set up new policies for residents based on the analysis of collected data.