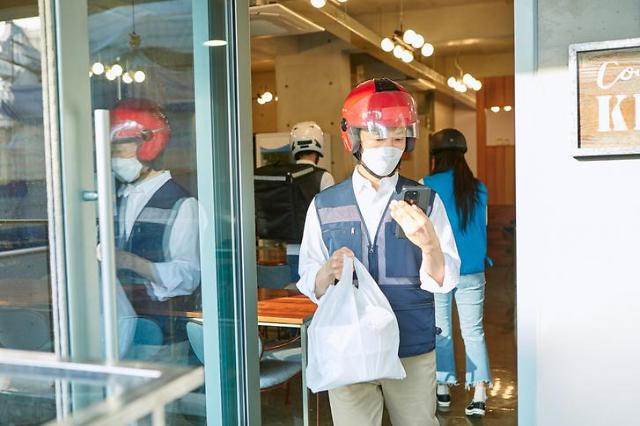 SEOUL -- In an effort to reduce plastic waste generated by disposable delivery food containers, Seoul will accelerate the adoption of reusable food containers by expanding service areas. Through a four-month pilot project involving some 100 popular restaurants that began in a southern district in October 2021, the capital city found that the rate of consumers choosing reusable dishes over disposable containers has increased by 30 percent every week.

According to data released by the Korea Consumer Agency, an average consumer who often eats delivered food generates about 11 kilograms (24 pounds) of plastic waste every year. Only about 45 percent of disposable plastic containers were recyclable. Food delivery services have gained popularity amid a coronavirus pandemic because people favored eating delivered food over going out to crowded restaurants.

The Seoul city government joined hands with four popular food delivery service operators -- Baedal Minjok, Yogiyo, Coupang Eats, and Ddangyo -- to expand the number of partner restaurants to up to 500. A company that will retrieve, wash, and redistribute reusable containers will be selected by the end of April.

"We hope that a new eco-friendly consumer trend will become popular thanks to food delivery service operators who were eager to join the campaign," Seoul Vice Mayor Cho In-dong said in a statement on April 14.