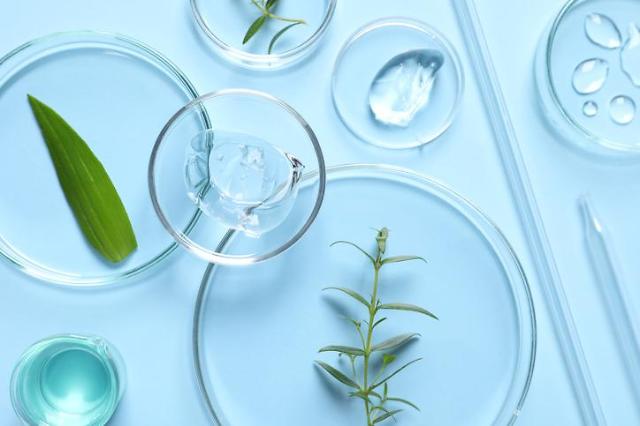 SEOUL -- LG Chem, the chemical unit of South Korea's LG Group, and a state science institute have opened a joint laboratory to research and develop carbon-neutral technologies that can tackle global warming due to the excessive use of fossil fuels. Green ethylene and organic acid production technologies will be researched and commercialized

Many global companies, organizations, and institutes are locked in a race to develop techniques used to produce ethylene, a hydrocarbon regarded as the world's most important chemical, using carbon dioxide. Hydrocarbon is a base material for many products including polyethylene, ethanol, vinyl, polyester, and plastics.

LG Chem and the Korea Institute of Science and Technology (KIST) opened a laboratory on April 26. The laboratory will focus on the utilization of carbon dioxide in the electrochemical production of ethylene and the biological production of organic acid using biomass and by-product gases.

Organic acids are mainly used for the antimicrobial management of foods and beverages. Biomass, a plant-based material including agricultural crop residues, algae, and industrial wastes, can be transformed into valuable organic acids including lactic acid, levulinic acid, formic acid, and acetic acid. KIST has developed the core technology for the transformation of biomass into organic acid but it has yet to be commercialized.

LG Chem said that ethylene production and biomass transformation technologies can both greatly reduce the emission of carbon dioxide and other pollutants while producing valuable materials. "The cooperation between LG Chem and KIST can become a good role model for the early commercialization of core technologies," KIST head Yoon Seok-jin said in a statement on April 26.