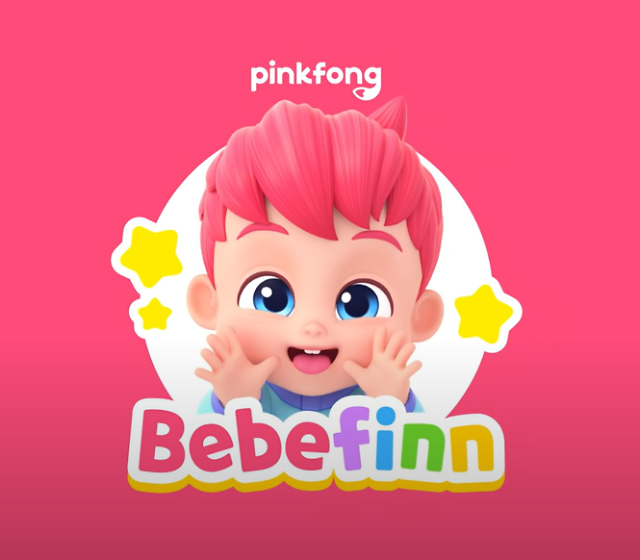 SEOUL -- Creators of "Bebefinn," a three-dimension video animation show featuring the five-member family of a 20-month-old baby, anticipate a great success as in their previous work, the "Baby Shark Dance" video that made a phenomenal hit worldwide.

Bebefinn, created by South Korea's Pinkfong Company, is an animated child who loves to play with Baby Shark. He has four family members -- mother, father, brother and sister. Through a three-minute video, Bebefin's family showcases various performances with interesting songs and dance movements.

Helped by fast-growing popularity with catchy melodies and collaboration with Baby Shark's family, the English YouTube channel of Bebefinn has garnered more than 140,000 subscribers as of April 26, nearly three weeks after it was released on April 3. The cumulative number of views stood at 23 million.

Bebefinn is the company's first 3D humanoid character developed as a follow-up to Pinkfong and Baby Shark.

Baby Shark is a catchy cartoon song that depicts a story about a family of great white sharks with colorful visuals and a catchy melody. The original version of Baby Shark's video, uploaded in late 2015, is now one of the most-watched on YouTube. Pinkfong's educational channel has the brightly-colored programming of stories, sing-along songs and dances represented by a pink fox named "Pinkfong."