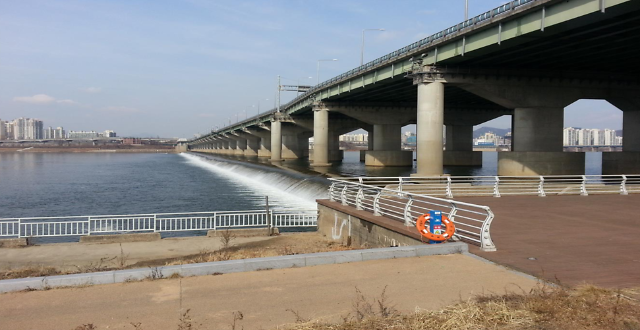 SEOUL -- Seoul will build a 2.5 megawatt-class micro hydropower plant near Jamsil Bridge in southeastern Seoul with an annual capacity of some 14 gigawatt-hours. The power plant can power about 3,440 households annually and reduce about 6,600 tons of greenhouse gases.

However, South Korea strictly regulates the installation and operation of micro hydropower plants in its rivers and streams to protect the natural environment. The research and development of the tiny-sized water power plants have been carried out by private companies and state institutes for over a decade but government regulations make it too expensive for small-and-medium-sized enterprises to operate small hydropower plants.

Seoul said in a statement on April 26 that the city will build the micro hydropower plant near Jamsil Bridge by the end of 2022. The capital city said that about 6,600 tons of greenhouse gases will be reduced. A 150 kilowatt-class micro hydropower facility will also be built at a water filtration plant in eastern Seoul to produce electricity for the plant.