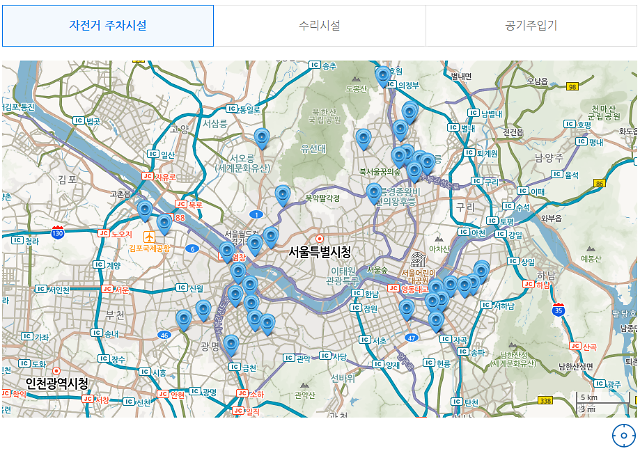 SEOUL -- As an effort to popularize bicycles as the city's main transport medium, Seoul will offer bicycle lovers useful information such as the location of nearby bike repair shops and public bicycle parking spaces through a smartphone app. Currently, such information is accessible through Seoul districts' official websites.

Seoul has adopted many different programs to encourage the use of bikes. In January 2022, the city partnered with bicycle trading platform operator Wright Brothers to test operate recycled bikes stores. Through the rehabilitation program, sales of recycled bicycles in two of Seoul's districts reached about 15 million won ($11,829). According to Seoul, about 15,592 kilograms of carbon emissions can be reduced by selling 165 recycled bicycles.

A public bike rental service called "Ttareungi," known as Seoul Bike, is gaining popularity among Seoulites who wish to travel short distances of a few kilometers instead of using crowded buses or subway trains. Anyone aged more than 13 can rent a public bike for 1,000 won per hour through a smartphone application. It has become one of the city's most popular transport systems by being used more than 100 million times since the service was launched in December 2015. Seoul will increase the number of Seoul Bikes to 43,500 by the end of 2022 from the current 40,500.

Seoul said that the capital city will release a smartphone app that bicycle riders can use to check useful information. The app scheduled for release on May 4 will offer location information of bike repair shops, bicycle parking facilities, and bike tire pumps. Users can also access the information through Seoul City's official website. Bike riders can request local governments to fix or delete outdated or wrong information.

"We hope to create a safe and convenient bicycle environment where riders can access the necessary information on the go using their smartphones," Seoul's bicycle policy bureau official Oh Se-woo said in a statement on May 3.