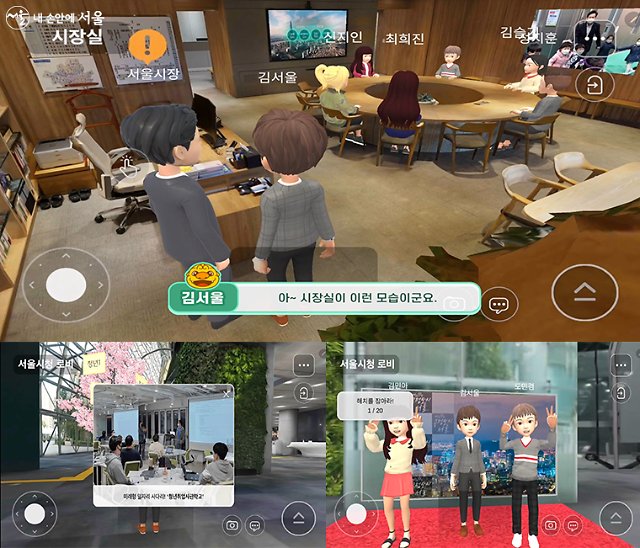 SEOUL -- Seoul City has created a city hall inside a metaverse, a virtually created world accessible using smart devices or PCs, as a pilot service. Users can visit the lobby of the city hall and the Seoul Mayor's office using their avatars.

In November 2021, Seoul unveiled its scheme to provide metaverse-based services in every administrative sector by 2026. Avatar workers will handle various civic complaints and provide virtual tourism experiences such as virtual traditional lantern festivals for foreign tourists. About 3.9 billion won ($3 million) will be injected.

Seoul said in a statement on May 9 that the metaverse city hall was created as a pilot project for "Metaverse Seoul," a mega project designed to recreate the capital city inside a metaverse world. Through the pilot service, users can make suggestions about Seoul's administrative service. If an online suggestion receives a large number of votes from other users, the city government will provide feedback.