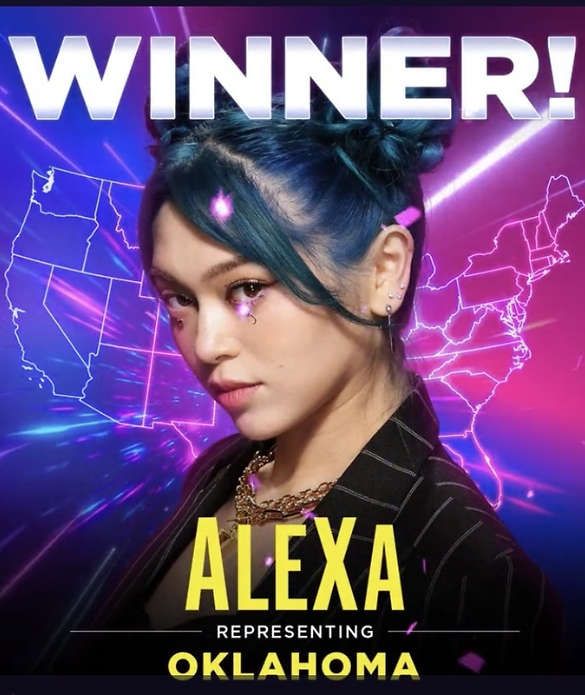 "I am beyond words…Thank you so, so, much for all the love, support, kindness, and cheers!!," said AleXa in an Instagram post on May 10 after winning the contest. A total of 56 singers from the United States participated in the show to win the viewers' vote for the best song. In the final episode, AleXa garnered attention for performing "Wonderland," a dance song portraying the perfect love that exists only in imagination. AleXa was the only one who scored more than 700 points in the final, beating Allen Stone and Michael Bolton. As the winner of the contest, AleXa will perform at the Billboard Music Awards in Las Vegas on May 15.

AleXa, born and raised in Oklahoma to a mother of Korean descent and a father of American-Russian descent, became popular by participating in "Produce 48," a cable TV survival music contest show in 2018. The singer made her solo debut in 2019 with "Bomb," a digital single album. She debuted in the U.S. under a contract with ICM Partners, a global talent agency based in Los Angeles, in 2020.
© Aju Business Daily & www.ajunews.com Copyright: All materials on this site may not be reproduced, distributed, transmitted, displayed, published or broadcast without the authorization from the Aju News Corporation.