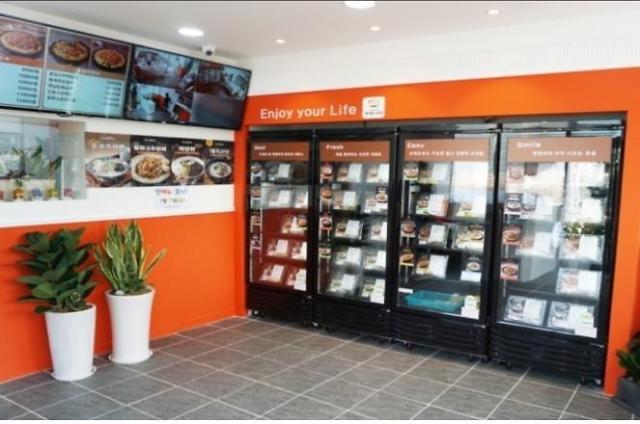 SEOUL -- Targeting hungry and busy commuters, ready-to-eat meal shops will be put into service at crowded subway stations in Seoul. Students and workers who lack time to have breakfast or dinner can grab a meal kit package right after getting off the train.

Meal kits are convenient heat-and-eat food packages that provide processed ingredients and seasonings so that consumers can easily complete the dish just by following the simple cooking instructions using a stove or a microwave oven.

Demands for meal kits have been on the rise since South Korea was battered by a COVID-19 pandemic that sent many people avoiding crowded supermarkets or shopping malls. According to Korea Agro-Fisheries & Food Trade Corporation, the domestic meal kit market stood at 188.2 billion won ($154 million) in 2021, up 85 percent from a year ago. The market is projected to reach 700 billion won by 2025.

"We are pushing for new projects such as meal kit business in line with consumption patterns which have changed in various fields with an increase in the number of single and two-person households," Seoul Metro official Jung Sun-in said in a statement on May 17. There will be more meal kit shops at Seoul subway stations. The average number of daily subway passengers in the capital city stood at 5.3 million in 2021.

The meal-kit market is attracting more companies including Emart, the megastore wing of South Korea's retail conglomerate Shinsegae, which released a steak meal kit in collaboration with famous chef Choi hyun-seok in November 2021. Seafood company Dongwon Industries has showcased a seafood meal kit using salmon, slices of raw tuna and octopus.
© Aju Business Daily & www.ajunews.com Copyright: All materials on this site may not be reproduced, distributed, transmitted, displayed, published or broadcast without the authorization from the Aju News Corporation.