KAL consortium embarks on rocket engine development for civilian use 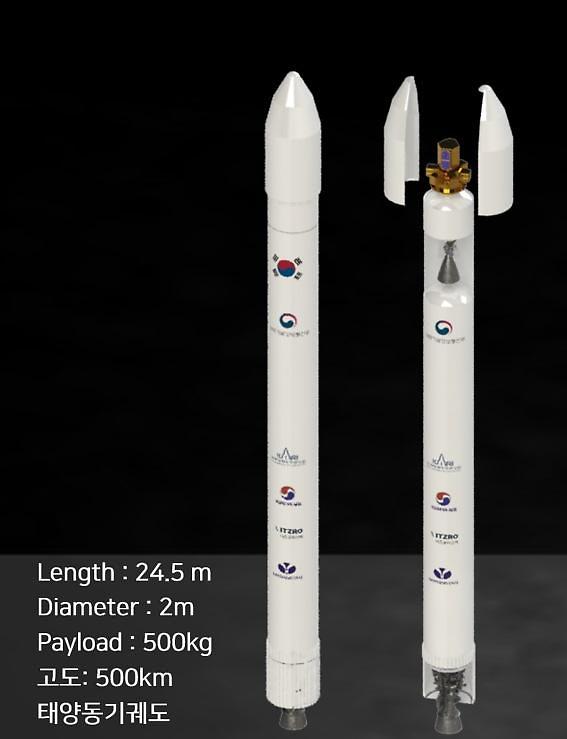 SEOUL -- A consortium led by South Korea's top flag carrier Korean Air has embarked on the development of a high-performance liquid engine for the upper part of a small two-stage space launch vehicle for civilian use with state funding.

Korean Air (KAL) and other companies involved in the consortium will complete the development of a 3-ton engine by 2027. The lower part will be equipped with a 75-ton liquid engine used in Nuri, a three-stage indigenous rocket. Korean Air is responsible for engine system design, assembly and system management, and test certification.

Although Nuri succeeded in reaching its target altitude during its first launch in October 2021, it failed to release a dummy satellite into orbit. A second launch is set for June 15, 2022. The first stage uses a cluster of four 75-ton liquid engines. A 75-ton liquid-propellant engine was designed for the second stage and a seven-ton liquid engine for the third stage.

The consortium would focus on acquiring independent technologies related to liquid-propellant liquid rocket engines while applying new technologies such as 3D printing to develop an engine with high economic feasibility and excellent performance. Korean Air said it would step up efforts to become a small satellite launch service provider through the development of economical engines for small projectiles.

For its Space Pioneer" program, the Seoul government has vowed to create a self-sustaining industrial ecosystem and cultivate innovative companies like Space X, a U.S. aerospace company. South Korean companies will be supported to build a supply chain using domestic parts as much as possible.

As reusable projectiles that can drastically reduce costs emerge as a game-changer in the space industry, government officials have called for the development of re-ignition and thrust control technologies in preparation for reusable launchers.