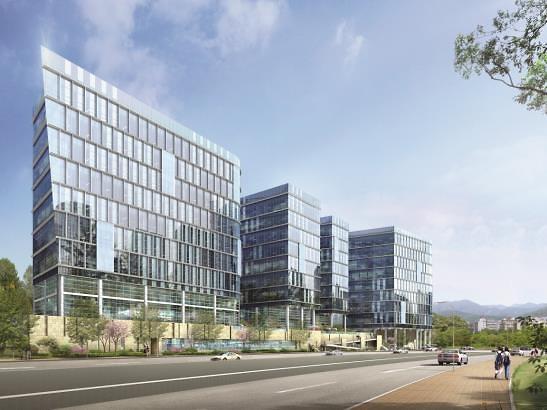 SEOUL -- Theragen Bio, a genetic analysis service provider, has been selected for a state project to produce advanced chips for genomic analysis that would be used for identifying the genetic causes of common chronic diseases among Korean people.

The Korea Disease Control and Prevention Agency (KDCA), a state health body, has launched a "Korean Chip" project to identify the genetic causes of common chronic diseases by collecting information on genetic variation. A genome chip is an experimental platform used for genome research.

KDCA developed Korean Chip 1.0 in 2014 and Korean Chip 1.1 in 2018. Korean Chip 2.0 under development aims to develop next-generation chips that include more than two million biomarkers representing Korean genes. Theragen Bio said it would start mass production of "Korean chip 2.0" by the end of 2022

Unlike conventional genomic chips, Korean Chip 2.0 can screen more information at once. It would be used to establish a genetic information database for chronic or rare patients and to find unusual mutations that only occur in Koreans. "We will continue to make efforts to overcome Korean chronic diseases by contributing to the revitalization of genetic research in South Korea," Theragen Bio CEO Hwang Tae-soon said in a statement on June 7.

Theragen Bio would apply next-generation sequencing (NGS), which can identify mutations that cannot be identified using conventional sequencing technologies. Data storage and the complexity in interpreting enormous amounts of data obtained with NGS still remain a computational challenge to researchers.

Theragen Bio has been involved in a state pilot project aimed at establishing big data in biology as part of the so-called K-DNA project to support the development of new drugs, medical device products and the digital healthcare industry. The project calls for the establishment of clinical information and genomic data for more than 20,000 people.

Big data in biology helps to explore the role of data-driven analysis for reaching logical conclusions to solving biological problems. K-DNA is a multi-departmental project that collects clinical samples of one million healthy people, cancer patients and patients with rare diseases and produces and utilizes genetic big data.